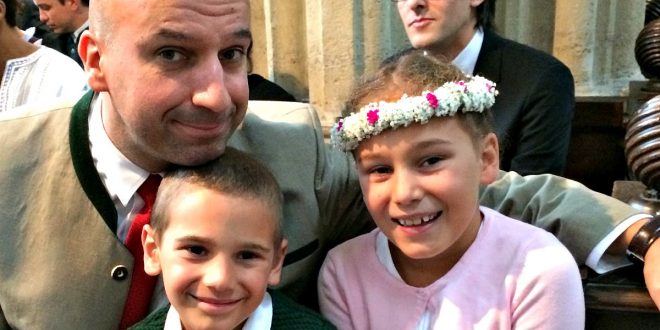 Is There A Vienna Language? Viennese Dialect Explained

What language is spoken in Vienna, and Austria? Since Austria is a German speaking country, Vienna talks German, too, with its own soft accent. Viennese German is large phonetically different, the vocabulary and grammar are almost identical. Because most Austrians learn English in school they speak it fairly well. In Vienna, you will definitely get by speaking English.

More specifically, Vienna has long cultivated its own Viennese dialect: Wienerisch. You don’t need to speak it to get around there. However, understanding a few words and peculiarities is fun and gets you closer to local culture.

Where will you hear that ‘Vienna language’ Wienerisch? Certainly at Vienna sausage stands, at neighbourhood markets and inns, and probably when your taxi driver talks to others. Some local wineries and concert venues host ‘Wienerlied’  singers. Bottom line, the Vienna Song uniquely blends coloratura singing and yodeling. Even the Holy Bible has been translated into Viennese (‘Da Jesus und sane Hawara’ by Peter Wehle). 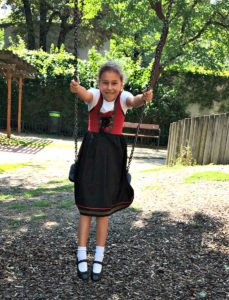 As I speak a mild form of Wienerisch get some fun facts from the horse’s mouth. For example, I stretch my ‘e’s and ‘a’s more. When I’m lazy I blend two vowels like in ‘Haus’ and ‘Reise’ to sound like one, and stretch them a little: Any German school teacher would cringe at this.

If you want to learn German properly this is not considered ‘beautiful German’. In fact, hard core Viennese speakers go as far as transforming long vowels and Umlaute like in ‘Wien’ and ‘hören’ into ‘Wean’ [we’an’] and ‘hean’ [‘he’an’], and creating more colourful vowels and substituting letters (‘Kälte’ becomes ‘Ködn’).

Essentially, I like to mix my German with certain Viennese words and phrases (see below). Unlike the real ‘down-to-earth’ Viennese I stick to the standard German grammar and overall pronunciation. Except using the genitive, which sounds quite posh in verbal language: I would say ‘the shirt of Hans’ instead of correctly ‘Hans’ shirt’.

Another essential characteristic of Viennese is our diminutive: We use ‘Manterl’ instead of ‘Mäntelchen’, ‘Sesserl’ instead of ‘Sesselchen’ and ‘Apferl’ instead of ‘Äpfelchen’. Using it is almost obligatory for a Viennese, if he/she doesn’t want to sound posh.

Who speaks that peculiar Vienna language? Actually, you can find Viennese speakers across all social levels. Respectively, there are various different intonations and pronunciations of Wienerisch. Some locals, like my brother in law, manage to switch effortlessly between these variations, depending on whether they go to the butcher or the notary. If you are a dedicated linguist, compare the original language of upper class ‘Sissi’ films and Viennese operettas with the down-to-earth Viennese used in Viennese films such as ‘Der Bockerer’ and ‘Echte Wiener’.

Origins of the Viennese Dialect ‘Wienerisch’

Officially, Wienerisch belongs to the group of Eastern middle Bavarian dialects. In fact, most Viennese will deny this, though. They regard their dialect as something unique that many Bavarians won’t fully understand.

To give you a flavor, the richest characteristics of Wienerisch go back to influences from other languages, from Yiddish, Turkish, Czech, Croation, Hungarian, and Polish to French, Dutch, Italian and Spanish.

However, fewer and fewer people speak and nurture Viennese nowadays.

There are several hundred original Viennese expressions. Here are my top ten of most commonly used words you may hear:

These popular phrases in Viennese German reveal a lot about our way of life, and metaphors of things close to our hearts (such as breaded food). 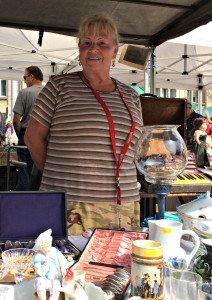 If you want to get a feel of the Vienna language, visit local sausage stands, best set in an authentic neighbourhood such as Favoriten (10th district), Meidling (12th district) or Fünfhaus (15th district). Many Vienna wineries in areas such as Floridsdorf, Stammersdorf, and Jedlersdorf are also a great source of linguistic exploration when queuing up for your food. Finally, listen in to some stall owners’ chatter at Saturday’s Naschmarkt flea market (photo).

To hear authentic samples of the Wienerlied (Vienna Song), sung in Viennese dialect, check the programmes of local associations such as Wienerlied Und, and of popular local singer Agnes Palmisano.

This post was inspired by Vienna Unwrapped reader Irving Adler, who is currently tracing his family’s Viennese roots. Thanks, Irv.