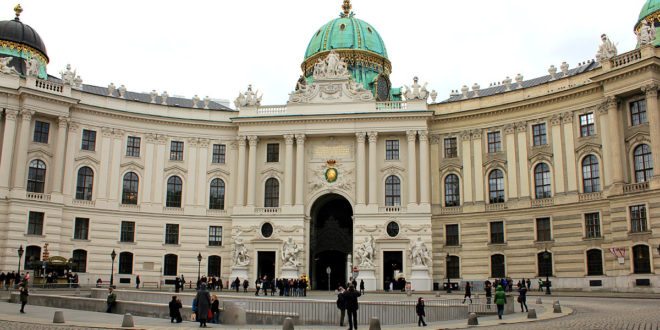 What Is Vienna Known For: 20+ Highlights That Make Vienna Famous

What is Vienna known for? To get a feel for Austria’s capital explore where it stands out from the rest of the world. In order to build your own profile of the city, and to frame your trip planning, you can use the highlights I am listing below. 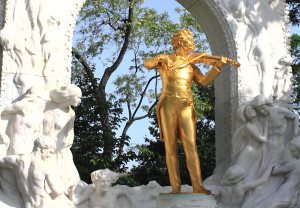 What is Vienna Known For? Wolfgang Amadeus Mozart, Vienna waltz king Johann Strauss (photo) and a wealth of other Austrian and international composers rose to musical fame in Wien. Each day, a few dozen Vienna concerts take place.

What is Vienna Known For? To begin with, my home city boasts beautiful palaces and monuments from Habsburg Emperors and other nobility. Clearly, the Habsburgs put their stamp on Vienna: just look at Ringstrasse boulevard, which is Emperor Francis Joseph’s grand project.

Throughout six centuries, the Habsburgs lived and ruled in the Imperial Palace Vienna (Hofburg) in the winter, and in Schonbrunn Palace in the summer. The nobility and and military shooting stars lived in sumptuous palaces such as the Belvedere Vienna.

If you want to live like an Emperor while visiting Vienna, you can stay at Austria’s best hotel Imperial Vienna in a magnificent palace on Ringstrasse.

Apart from Emperor Francis Joseph Vienna is also famous for Empress Maria Theresia and Empress Sissi. While the first shaped politics and lifestyle in the Habsburg Empire, the ravishingly beautiful and unhappy Sissi shaped a myth.

Until today, that Imperial heritage cultivated glamorous festivities which live on in our Vienna Balls. Each year, we stage about 400 of them. From all of those, the Vienna Opera Ball ranks top with the media and socialites. Even older cultural institutions re the amazingly popular Spanish Riding School and the Vienna Boys Choir. They exist since 500 years old institutions and are closely connected to the Habsburgs.

My Tip: For a quick overview and customer reviews of what is on offer in Vienna, go to Available Tours, Tickets and Activities. 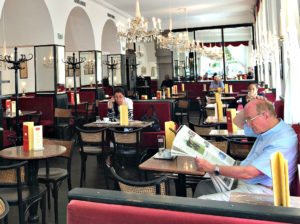 What is Vienna Known For? For the last 10 years in a row, Vienna has been ranking as the best place to live in (Mercer Consulting’s Quality of Life surveys; see also Monocle Magazine’s regular annual Quality of Living survey). The main reasons for this are a low crime rate, low pollution and excellent public transport.

Each year, the local municipality spends almost one fifth of its budget on social welfare and subsidized housing. Most importantly, the city of Vienna promotes health and wellbeing, through well-run hospitals, urban planning, public transport and city bikes, parks and gardens. Besides, Vienna stages a dozen music and film festivals a year, alongside more than 400 lavish balls. 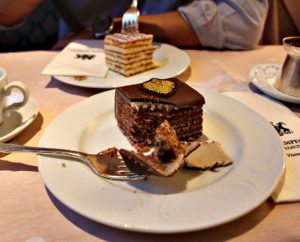 What is Vienna Known For? Among Austrian cuisine in general, Viennese cuisine has a standalone reputation. For example, there are a few signature dishes you wouldn’t want to miss: On top of the food list are Wiener Schnitzel and Sacher Torte. Typically, our Schnitzel is from veal but can also be made from pork, or even chicken. The Sacher cake represents one of the best chocolate cakes in the world, with a fine layer of apricot jam. All across Vienna you will find restaurants and cafes serving these dishes.

As good as the Sacher cake is the list of other famous Viennese cakes is long – and rewarding. If you like layered chocolate and marzipane, go for Imperial Torte or a tiny Imperial Cube (photo). To help you choose and cook at home, I’m listing all these dishes along with recipes in Austrian Food.

Our list of famous savoury dishes goes on with Gulash and Tafelspitz. All meat aside, I’m personally a huge fan of Knoedel, dumplings in all shapes and tastes.

What Is Vienna Known For? The Second Row

If you ask a local Viennese what Vienna is famous for, you will get an even richer list of things. Here is the ‘second row’ of highlights that I think deserve a closer look, among many others.

find out What To Do In Vienna – Must See And Do Tips
go to Visit Vienna – 20 Free Vienna Vacation Tools and Travel Tips
explore a Map of Vienna  – City Maps of Landmarks, Hotels, Transport, Free Wifi and More
go to Vienna Travel Planning – Trip Planning and Travel Consulting by Vienna Unwrapped
find more Vienna Tourism Tips – 16 Essentials To Know
back to Vienna Unwrapped homepage