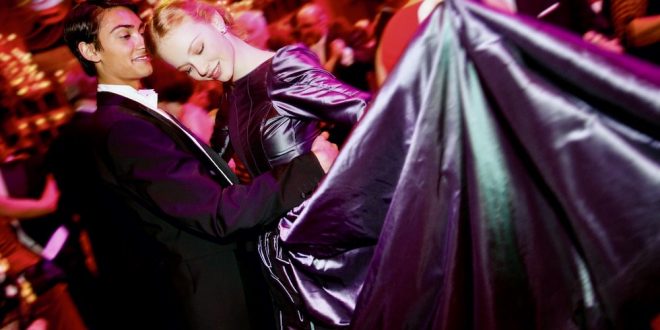 Learning more about Viennese Waltz not just finetunes your ears and motor skills. You also get to know another UNESCO Immaterial Cultural Heritage.

Like many young Viennese women I learned Wiener Walzer in dancing school when I was 15 and have since waltzed across a few Viennese ballrooms. To up your musical and ballroom dance knowledge this guide introduces you to the basics of Viennese waltz, the best waltzes, and where to take dance lessons in Vienna.

Where Does The Waltz Come From? 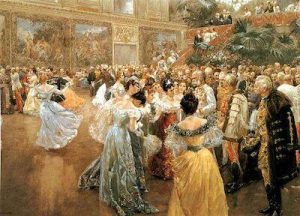 From a historical perspective, the Vienna Waltz is one of the oldest ballroom dances. Going back to the 16th century, the French, and probably also Italian, peasants danced the Volta. In the 18th century, the Germans loved a revolving dance called Waltzen, and the Austrians their Ländler. While the closely danced waltz shocked the English and French Courts of Elizabeth I and Louis XII, the Viennese loved it. As soon as the waltz conquered Vienna in the late 18th and early 19th century each ball event staged waltzes as a trendy highlight. In fact, it was at the ground breaking Congress of Vienna in 1814/15 that the waltz set foot into Vienna.

What Makes A Viennese Waltz?

At the most basic, the traditional waltz ensemble is made of two violins and a bass. To add momentum, grand orchestras like the Vienna Philharmonics or the Vienna Symphonic Orchestra often perform Viennese waltz music.  As for the characteristic rhythm, the Vienna waltz is performed in a 3/4 beat. With about 60 beats per minute the Wiener Walzer belongs to the world’s fastest ballroom dances. However, the variation Slow Waltz (Langsamer Walzer) only counts 30 beats per minute.

With the romantic Slow Waltz, maintaining the momentum counts: by bending your knees and then rising to your bunions you generate a flowing movement throughout the waltz’ gentle turns. Combine that with slightly tilting your upper body towards the floor to achieve the characteristic sway.

When dancing you have to maintain full body contact and move clockwise across the room, aka Natural Turn. With the Linkswalzer variation, you move in anti-clockwise turns (Reverse Turn).

Internationally, especially participants at dance tournament dance the Vienna Waltz in the International style, and the American style, which include a variety of different turns. 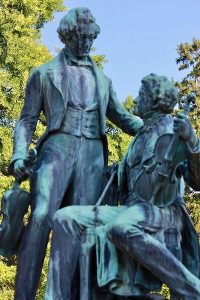 Best known internationally, Johann Strauss jun. earned the title of the King of Waltz. Born in 1825 in St. Ulrich near Vienna, he first composed and conducted dance music, like his father Johann Strauss I. Because his waltzes were so dynamic and catchy Strauss soon had the whole of Vienna raving for him. Among his most popular works are An der Schönen Blauen Donau (Along the beautiful blue Danube), the Kaiserwalzer (Emperor’s Waltz) and Wiener Blut (Viennese Blood).

Next to Strauss, Josef Lanner is the second most famous Viennese conductor and composer of waltzes. Not only was he a talented violinist and composer he was also the musical director of the Imperial Palace‘s concert and ball dance halls (Redoute). Throughout his life Lanner composed hundreds of waltzes, polkas, Ländler, dances and marches.

Lanner often co-conducted and played with Johann Strauss, for example at the local park pavilion of the imperial summer residence in Baden bei Wien. Many of his waltzes, for example the Mille Fleurs waltz, are played at the New Year’s Concert

Most importantly, Viennese waltz dancing is about rhythm and flow. Once you have received a proper introduction you will find the basic steps easy. In this video you can see that the dance couple achieves the characteristic flow by sticking to the right timing and rhythm.

Right from the start, the Blue Danube waltz by Johann Strauss II (An Der Schoenen Blauen Donau) builds up beautifully: Horns, German and piccolo flutes and celli serenely introduce the main theme. Subsequently, violins take over until the whole orchestra revels in the graceful three quarter waltz rhythm. I love this waltz because of the accentuated interplay of piccolo flutes and violins. At New Year’s Eve in Vienna, the 9 minute long Blue Danube waltz floods the historic city center right after midnight. Across Austria you can hear it at live at New Year’s Eve events or from the Austrian Broadcasting Station’s radio channels.

Because it is Austria’s unofficial national anthem, the Vienna Philharmonic Orchestra performs the Blue Danube Waltz during their famous New Year’s Concert  each year.

Johann Strauss Spring Waltz is originally called Voices of Spring (Frühlingsstimmen). For the bombastic start the waltz uses trombones and keeps its vivid rhythm through most of this 7 minute long piece. From then on, the more gentle melodies blended in make this waltz very rich, amusing and a joy to dance to. The German flutes used mimick birds’ songs. To listen to it at home, the Johann Strauss CD compilation Waltzes and Polkas includes both the Blue Danube Waltz and the Spring Waltz, amongst others of his most famous works.

Before it goes into full swing the Merry Widow waltz by Austro-Hungarian operetta composer Ferenc Lehar starts with a lovely bitter sweet melody .

The Merry Widow is Lehar’s most popular operetta and has been made into various films. The waltz is referred to as Ballsirenen-Walzer in German because of a part in its lyrics: ‘Oh come now, oh come, you ball sirens…’. My favourite part is the violin theme. It is pronounced and graceful before it develops into the sweeping violin melodies so characteristic for the Merry Widow waltz.

Quite different from the Vienna waltz are waltzes by Frederic Chopin. In total, Polish-French composer Chopin created 21 waltzes. Most of them are very vivid and actually not adequate for waltz dancing. In fact, Chopin composed them as salon music. Generally, a Chopin waltz is dominated by a piano and moves between melancholic and joyfully elegant tunes. I personally love Chopin’s Grande Valse because it is cheerful and exploits all the lightness and verve of a masterfully played piano.

When in Vienna, you can learn Wiener Walzer in one of city’s traditional dancing schools from a professional dance instructor. In less than one hour you will be able to master the basic waltz steps to music from Johann Strauss, Josef Lanner and Carl Michael Ziehrer. Usually, dance classes take place daily, cost EUR 50 per person and you do not need to make a reservation in advance. In fact, the basic waltz steps for Viennese waltz and Slow Waltz is all you need to waltz at busy dancing events and balls. (The best Vienna balls are a perfect ground to practice it further). On top, you acquire a piece of good old Viennese culture.

learn all about the tradition and etiquette at Vienna Balls – Tickets, Dress Code and What Makes a Viennese Ball

find out about the best Vienna Concerts – Quality Music Events and How To Secure Them
check this Vienna Concerts Dress Code For Musikverein, Konzerthaus and other Venues
go to Evening Dress Shops in Vienna – Where To Get Ball Gowns
need help planning your trip to Vienna and Austria? Find out how other Vienna Unwrapped readers planned their trips in Vienna Travel Planning – Trip Planning and Travel Consulting by Vienna Unwrapped