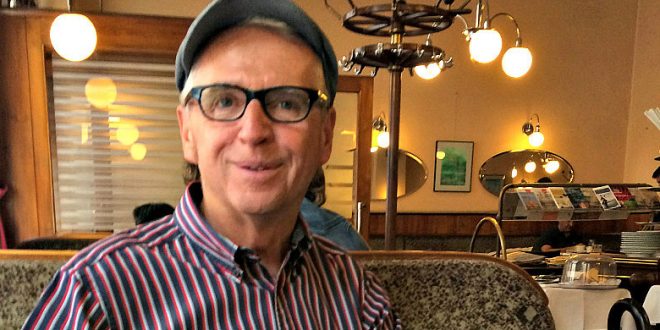 Vienna Tours Private Sightseeing. Can a mere a print guide ever replace a knowledgeable and passionate private guide such as Walter here at Cafe Bräunerhof (see above)? To help connect you with professionals like him I have put together the best small group and private tours for you to screen. 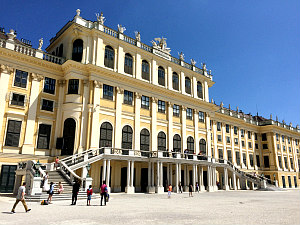 Vienna Tours Private Sightseeing. What I like about this tour is that it comes in cost-friendly and digestible packages. During the three-hour core tour, the local guide will show you the essentials and attractions from Ringstrasse boulevard and Schonbrunn Palace to artist Friedensreich Hundertwasser’s iconic blobby building in the district of Landstrasse. This is the laid back mini-van tour.

If you can spare two more hours and like to walk, he will take you into the city centre which includes the Imperial Palace, the Jewish quarter and St. Stephen’s Cathedral. The full-day tour (seven hours) builds upon the five hour tour. Besides discovering the hidden places in the city centre, you will then head for Vienna’s wineries in Grinzing and the Vienna Woods.
Learn more about the Private City Highlights Tour.

All of Vienna Sightseeing Tour 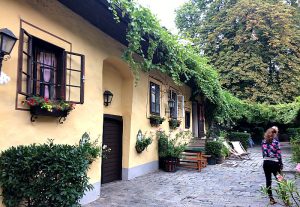 Vienna Tours Private Sightseeing. This is a brilliant family tour that will change the way you thought about Vienna. If I had a transfer company, I would likely do the same tour because it is so fun and diverse. When testing it, I found the mix of Imperial landmarks, UNESCO World Heritage sites, romantic vintner villages, and charming neighbourhood allotments irresistible.

If you have particular preferences you can tweak the tour route. For example, a few visitors like to cover the Otto Wagner church and the Wagner villa a bit further out of town. Some travellers also include a lunch break and get a licensed tour guide to get the most out of their day. Read my Vienna Sightseeing tour review. 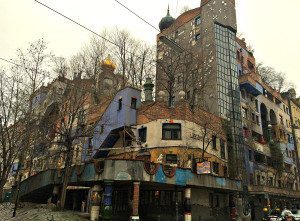 Vienna Tours Private Sightseeing. Not everyone is blessed with a pair of legs that walk 15 km a day without wear and tear.

Before you succumb to a tourist coach, consider hiring a private guide who drives you around. Alongside, you will hear insightful stories about the city. It is like your private hop-on hop-off tour. You call the shots or get a menu of key landmarks to see. Do use this opportunity to also venture beyond the centre to Schönbrunn Palace, visit Hundertwasserhaus, River Danube and Ferris Wheel. More about the tour.

My tip: Click for a fast track overview of available private and custom tours. 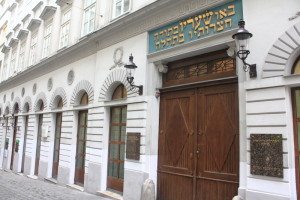 Vienna Tours Private Sightseeing. Vienna tours private sightseeing: Are part of your roots in Jewish Vienna? Would you like to visit old and contemporary places that celebrate Jewish art and culture and commemorate its heritage and history of the town?

During this private tour, we started off at the amazing Jewish Museum, followed by exploring the top Jewish sites across the city center. If I had wanted, my guide would have helped me source the house where my Jewish uncle’s family lived in Vienna.

If you can spare an extra hour don’t miss a walk through former Jewish quarter Leopoldstadt.  Find out more. 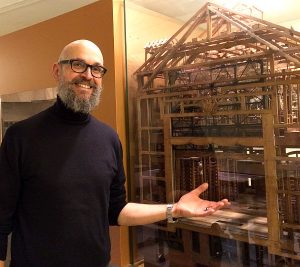 Vienna Tours Private Sightseeing.  On this insider tour, fans of classical music connect with a professional music and theater connoisseur.

What I most enjoyed was exploring the historic center through the lense of a classical music fan. Because music played such a powerful role during the Habsburgs’ reign, the city is packed with references – you just need to know where to find them. Besides the sightseeing, talking to my guide about his life as a costume and stage designer in Vienna connected the musical history with today’s theatrical scene.

Definitely, since then, listening to Beethoven, Mozart, Haydn and Vivaldi has got a distinctive Viennese touch. Read the story about my music tour. 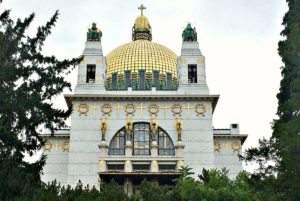 Vienna Tours Private Sightseeing. “It was absolutely PHENOMENAL! It was one of the great architectural experiences of our lives, on  a par with the Taj Mahal. Walter was wonderful and very sympathetic. And the hospital was very moving, as you know.” (David S., December 2018) Many of my clients find so much better words than me when describing their tour experience.

In fact, while Otto Wagner’s Art Nouveau church and hospital may not invoke the Taj Mahal with each visitor they always leave a deep impression. Find out more about my guided tour of the Otto Wagner church and Steinhof compound with Walter.

Vienna Tours Private Sightseeing. Does surrounding yourself with art treasures on a historic winery estate sound like time well spent? It did to me when I headed for Klosterneuburg monastery, which hosts Austria’s oldest wine cellar that has been producing its own wines for 900 years. Besides touring the cellar, you can participate in wine tastings.

I went with private tour guide Regina, a Klosterneuburg local and site expert. Find out more in my review of her Vienna Art Wine Tour.

Sigmund Freud And The World Of Yesterday 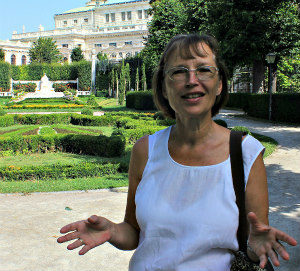 Vienna Tours Private Sightseeing. Some travellers join local guide Gertrude’s tour because they like Sigmund Freud, the father of psychoanalysis (remember David Cronenberg’s blockbuster A Dangerous Method). And some travellers are simply after sites and stories about Vienna 1900 and the ‘World Of Yesterday’ (Stefan Zweig).

Gertrude’s tour follows Freud’s footsteps when he lived and worked in the city for almost half a century. You will visit many places with a reference to Freud, including the Sigmund Freud Museum. What I liked most about the tour were the many stories about Freud’s contemporaries, including Empress Sisi, Emperor Francis Joseph, and Gustav Klimt.
Read my review of this tour and the Sigmund Freud museum. 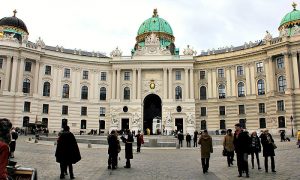 Vienna Tours Private Sightseeing. Vienna tours private sightseeing: The Habsburgs left obvious traces such as their two local palaces. However, there are dozens of other Imperial puzzle pieces that are easily passed (they don’t carry signs…). During an Imperial Vienna Tour, you will learn where the Emperors got married, how they displayed their power, what books meant to them, where their families lived, and who works in some of their rooms today.

A local tour guide took me on a private tour to finetune my insight on Imperial Vienna, and Central European history. Learn more about the Imperial Vienna tour. 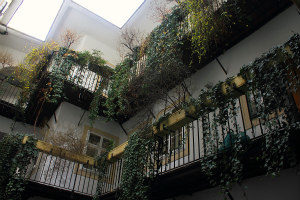 Vienna Tours Private Sightseeing.  What is it like to see Vienna backstage? Stepping into 18th-century courtyards, turning into alleyways with signs and inscriptions, and listening to ‘backstage stories’ about Wolfgang Amadeus  Mozart and other famous Viennese?

When I went on my own discovery I found a few courtyards, though missed out on the stories behind them. But it was marvellous when accompanied by a lovely private guide. Find out more about the Secret Vienna Tour I joined. 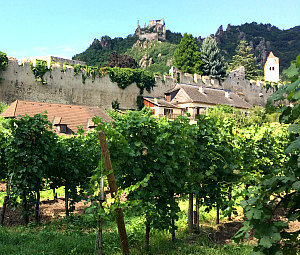 Venturing out to the countryside while on a city break usually means extra logistics: You will either have to prepare your own route or accept large tour groups. Unless you join private small group tours, like I did: I went for two wine tasting trips to Wachau Valley, a super comfortable one in a mini-van, and an active one by bike. The bike tour was a little more crowded but still enjoyable. In all, the tours made it easy to connect with fellow travellers and share your experiences on the way. Venturing through this romantic valley in a small group also opened up ways and views we wouldn’t otherwise have been able to see.

Find out more about my Wachau Valley tour by minivan and my Wachau tour by bike.

Vienna Tours Private Sightseeing: Is It For You?

My tips: Private tours can become an affordable alternative to guided tours if you travel in groups as small as three people.
Find out with the tour guide or tour operator whether they are able to  adjust your customised tour during the journey if need be.