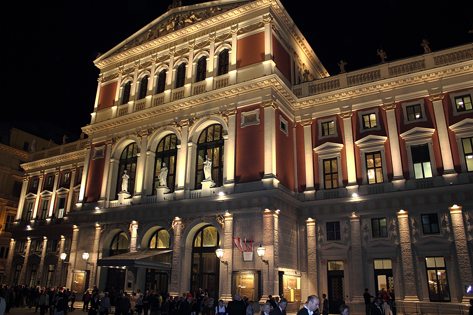 Vienna Philharmonic Orchestra – How To Get Concert Tickets

Clearly, there are no more elusive musicians than the Vienna Philharmonic Orchestra. Because of their outstanding fame, experiencing the Wiener Philharmoniker live has turned into a life goal for many classical music fans.  If you want more than TV and live streaming,  find out how to bag tickets for one of the most famous orchestras in the world.

More than 170 years ago, musicians of the Imperial and Royal Court Opera Orchestra – the former Vienna State Opera – formed an independent orchestra. Not only did they aim at perfecting their professional skills. The musicians also wanted to explore the best interpretations of classical music by composers such as Wolfgang Mozart and Ludwig van Beethoven.

From the end of the 19th century, the Vienna Philharmonic Orchestra have played with prominent conductors. Among them were celebrities such as Richard Wagner, Johannes Brahms, Herbert von Karajan, Leonard Bernstein, Claudio Abbado, Nicolaus Harnoncourt, Riccardo Muti, and Zubin Mehta.

What Makes The Vienna Philharmonic Special? 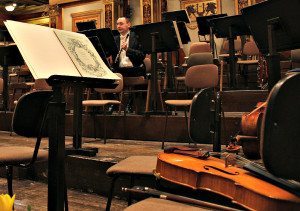 Unlike other central European musical schools the Vienna Philharmonics have guarded the sound of classical instruments from the 18th century. Since then this sound has become famously known as the Viennese Sound.

1. Visit A Concert Open To Non-Subscribers

Occasionally, the Vienna Philharmonic Orchestra perform concerts for non-subscribers at their ‘home’, the Wiener Musikverein. Alternatively, you can also hear them at the Wiener Konzerthaus, Theater an der Wien or the Arnold Schönberg Center. On a regular basis, the orchestra also tours Europe and overseas countries. Check the Wiener Philharmoniker concert calendar.

As the annual concerts before, the Vienna New Year’s Concert 2021 will be the most sought after Philharmonic event. Between January and March, you can take part in the online drawing to get tickets. In order to join, apply for tickets in February on the Wiener Philharmoniker’s website.

However, there is also a second way to securing your seat at the Wiener Neujahrskonzert:

‘Following the proclamation of the Republic,
Austria abolished the aristocracy,
which has been replaced by a subscription to the concerts of the
Vienna Philharmonic Orchestra.’
Hans Weigel, Austrian writer (1908 to 1991)

2. Break Into Subscription Concerts And Soirées

A week before the subscription concerts and soirées tickets sales on commission take place. In fact, these are tickets that subscribers do not use. With many performances tickets do become available one week before the concert.

You can buy them directly via telephone under 0043 (1) 505 65 25 or in the Bureau of the Vienna Philharmonic Orchestra on Kärntner Ring 12, A-1010 Vienna. Access concert schedules for subscription concerts and soirees.

4. Join The Ball Of The Vienna Philharmonic Orchestra

Every January, the Philharmonics stage what is in my opinion the best ball in Vienna. Naturally, they would play the tunes for this event. Learn more about the Ball of the Vienna Philharmonics and how to buy tickets. 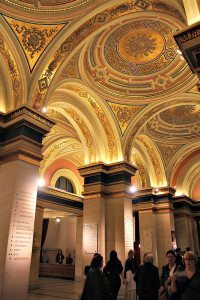 For more than 100 years, the Wiener Musikverein, an imposing 19th century building in Greek Renaissance style, has been the home of the Vienna Philharmonics. Concerts at the Musikverein attract music connoisseurs from all over the world.

Located just off Ringstrasse boulevard, Musikverein hosts the Golden Hall, a sumptuous concert venue for more than 2,000 spectators and location of the annual New Year’s concert.

In addition, Musikverein includes six other smaller concert halls, such as the Brahms Hall, or the Gottfried-von-Einem Hall. There are guided tours available through the house, though the best way to experience it is during a concert.

For more pictures of the Wiener Musikverein, the home of the Vienna Philharmonic Orchestra, access my photo gallery of Viennese concert halls and opera houses.

How To Get To Musikverein