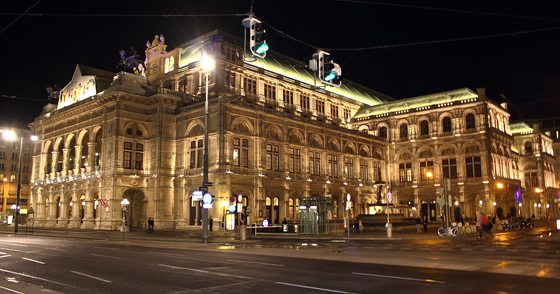 While the Vienna State Opera is the main opera house in Vienna, there are three other opera houses you should know of. In the subsequent post I’m sharing my experiences at both venues and how to get tickets. You will also find tips of the best opera venue for children. 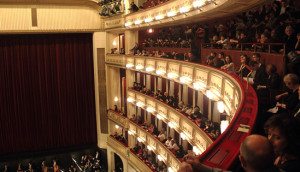 Vienna Opera House Guide. As Vienna’s prime opera house, the Wiener Staatsoper was built between 1863 and 1869, almost destroyed in 1945 and re-opened 10 years later in 1955.

Significantly, the State Opera is powered by a fantastic opera orchestra: Many members belong to the Vienna Philharmonic Orchestra. In regular intervals, world famous singers such as Edita Gruberova, Dimitri Hvorostovsky and Anna Netrebko appear on stage.

If you don’t speak German, an electronic device in front of your seat provides English surtitles (or subtitles) an surtitles in Italian, French, Russian and Japanese. You can also access a synopsis and opera cast information in English. Visit Vienna State Opera for an overview of the season’s plays, securing tickets and dress code.

Vienna Opera House. The Vienna State Opera House’s repertoire comprises around 50 operas and 20 ballets per season (1st September to 30th June). However, performances at this venue sell fast and are typically 98 percent sold out. While the official ticket seller often puts you on a waiting list, find out in Booking Vienna Opera Tickets where to get tickets fast and with personal advice. 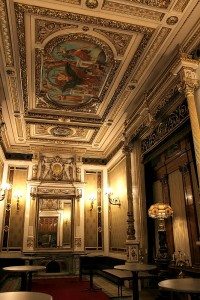 Vienna Opera House. Few people know that they can visit the Vienna opera house without having to buy tickets for a performance. The Vienna opera tour is a one hour guided tour through the opera house. Because it presents 19th and 20th century Viennese history through the operatic lense you will gain a whole new perspective on the recent 150 years.

During the tour you will see rooms which are usually closed to the public such as the gorgeous Emperor’s tearoom.

What I equally enjoyed was learning about famous opera directors, from Richard Strauss and Gustav Mahler to Herbert von Karajan. If you want to go backstage, make sure you pick the right tour.

Vienna Opera House. Once a year, the opera house rips off all seats in its stalls and replaces them with an elegant dance floor. The Vienna Opera Ball is a local cultural institution, attracting almost 6,000 visitors every year. You can (actually must) dress up ultra glamorously, be happy to pony up a few hundred Euros, and be lucky enough to grab tickets in order to attend this top European socialite event. Learn about the Vienna Opera Ball and what it takes to get in.

Vienna Opera House Guide. These two attractions are wonderful because they open up the Vienna opera house, making it easy, cheap and cheerful to experience opera. During April, May, June and September you can watch free live operas on a large video screen mounted at a side wall of the opera building.

The opera house’s live streaming service lets you watch local opera performances from your home, live or on demand, for EUR 15. Definitely a nice way to stay in touch once you are back home. 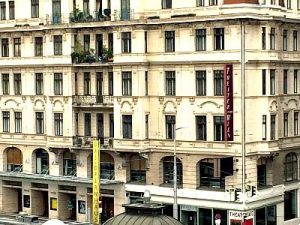 The Theater an der Wien is actually Vienna’s newest opera house. One of the oldest Vienna theatres, it was built in 1801. 250 years later, in 2006, it adapted its repertoire and focus to become a modern day opera house. The theatre complements the sometimes hopelessly sold out Vienna State Opera (Vienna Opera House) in many ways: It stages performances throughout the year, i.e. also in July and August, when the State Opera is closed. It covers opera niches, dance performances and concert.

The Theater an der Wien produces and stages many modern operas and brings classical operas into a contemporary setting, while also presenting rarely played baroque operas. Unlike the Vienna State Opera, each opera at the Theater an der Wien maintains the same cast throughout the various performances (stagione system). With concerts and ballets, luckily, you won’t need English surtitles that much.

During the Theater’s extensive refurbishment until 2024 Vienna’s Museumsquartier hosts all opera and theater performances, and concerts.

Vienna Opera House Guide. There is a more light-hearted side to opera that is deeply engraved in our culture. Operettas stage the funny side of life in the Austro-Hungarian Empire.

If you love musicals and comedies of error you will likely adore operettas. Johann Strauss and other local composers created beautiful music that goes with colourful costumes and funny acting. The best opera house to see an operetta is Volksoper.

I’m sharing my most recent experience of an operetta evening at Volksoper here.

Vienna Opera House Guide. Although the Kammeroper is a separate opera house, the cast belongs to Theater an der Wien. As per its definition, the Kammeroper should perform operas for a smaller number of singers and a smaller orchestra. At the Wiener Kammeroper’s small basement theater, you can also experience grand operas such as Faust. Although the singers of the Theater an der Wien’s Young Ensemble Theater are talented and praised, the intimate venue isn’t always suitable for the performed plays. 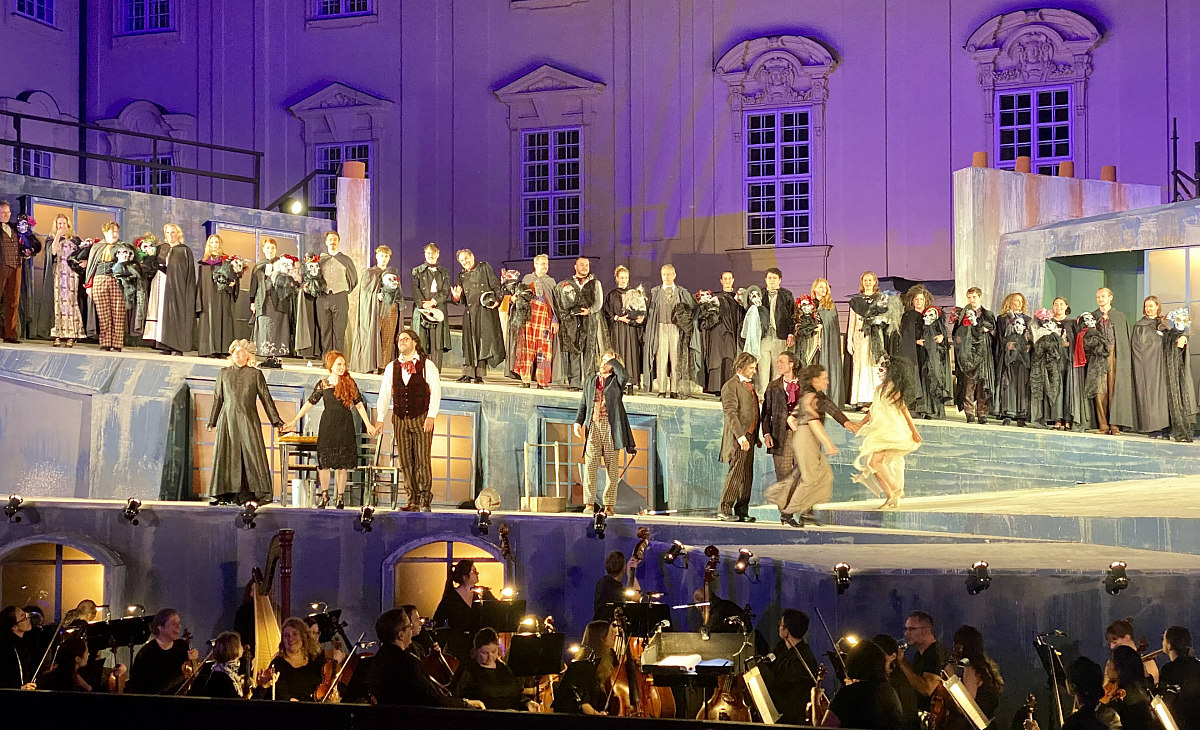 Vienna Opera House Guide. During July and August Vienna opera houses close for the season. Just at Vienna’s doorstep, however, Klosterneuburg Abbey hosts a magnificent open air opera venue. In the abbey’s Imperial Courtyard opera talent from across Europe delivers big stage drama and buffa, from Donizetti and Mozart to Puccini and Verdi. Find out what to expect. 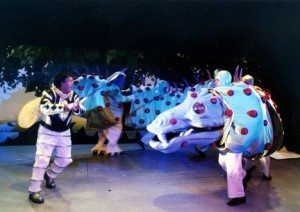 Vienna Opera House Guide. If you have kids, take them to specially designed operas for children. There are a few venues in Vienna which offer kids a great introduction into the world of opera. Performances are usually one hour, and are either adaptation of classical operas or bespoke operas written for children.

Learn more in Vienna Opera for children about different venues, what to see and where to get tickets. 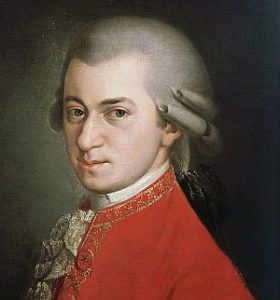 To help you plan your classical trip to Vienna, I have put together the top 10 Mozart operas that are regularly played there. Among the most regularly performed operas are the Magic Flute Opera, Cosí Fan Tutte, Don Giovanni, and Idomeneo. For reference find a Mozart opera at Wiener Staatsoper or Wiener Volksoper.