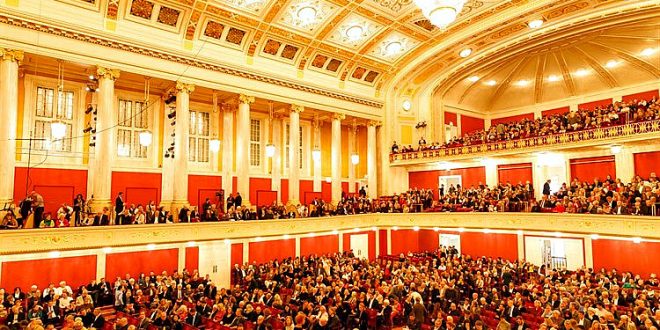 What are the best music festivals in Vienna in 2023? As always in Vienna, do have your ear on the ground in this ‘city of music’. If you are serious about music why not pick a Vienna music festival and then treat yourself to a daily dose of gorgeous tunes? To help you do that I have pulled together a festival guide for my home city: 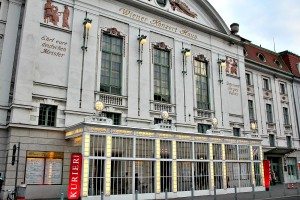 For the past 32 years, the festival of early music has been gathering top international orchestras and ensembles under a different theme. In 2023, the local Konzerthaus will explore the ‘Underworlds’ along with the likes of Bach, Falconieri, Purcell, Telemann and Vivaldi. On 29th January, prepare to dive into the Roman oratorio ‘La Resurrezione’, one Händel’s absolute masterpieces, from 1708.

Vienna Music Festival Guide. When you hear Akkordeon tunes, do you think of popular festivals, buskers and silent movies, too? Instead of searching for a street musician on Kärntner Strasse you can hear accordion bands at local events between mid February and mid March. In a mix of classical, popular and jazz concerts the best performers from Austria, Belgium, France, Ireland, Israel Italy, Poland and more countries will unfold their skills. On top of that, you will cut deep into Vienna’s urban fabric at venues such as Schutzhaus Zukunft, Café Mocca and Sargfabrik.

Listen here to a collection of the 2019 festival highlights:

Vienna Music Festival Guide. What on earth have the Wiener Festwochen in common with The Sound of Music? Actually, both helped Austria after the Nazi Regime to re-set its image and re-connect with the world. While Hollywood adapted history in The Sound of Music, the Vienna Festival actively makes you think about Austria’s past in a forward-looking way through art and culture.

Since the 1950’s, the Wiener Festwochen blend the established with the latest in local and international art, music, dance, theater, performance, installation, and workshops. As much as unheard-of newcomers also classical artists form part of the festival.

Dates: 12th May to 17th June 2023
Locations: various across Vienna
Programme and tickets: go to website 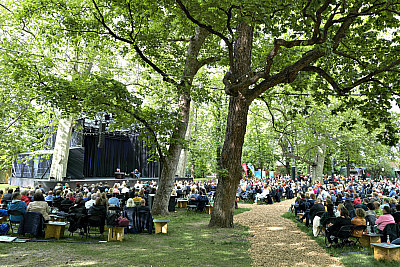 Vienna Music Festival Guide. Open air theater plays and concerts in Count Schwarzenberg’s garden turn Theater im Park into one of the most exciting new summer festivals. Between mid May and mid September, the park’s ancient planes watch over a mix of popular comedians, cabaret artists and world class musicians. If your German doesn’t reach that far there is still hope for the 2023 programme to again include concerts by the Vienna Boys Choir, and Operetta Gala, Beethoven music or a waltz concert. 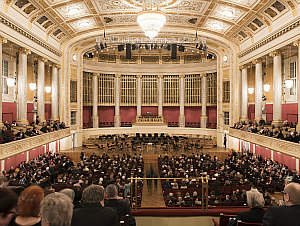 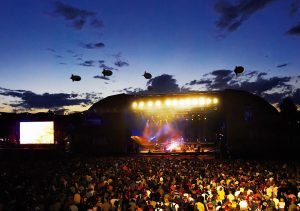 Vienna Music Festival Guide. Although the annual Donauinselfest (Danube Island Festival) has traditionally been Europe’s largest free open air festival it will slim down considerably this year. For two days, the long stretch of the Danube Island will host an outdoor party for no more than 1,250 guests, instead of several thousand. If you want to experience the best of Austria’s pop culture, join fun loving people, along with pop stars and radio stations, for three free shows, Vienna sausages, kebabs and beer.

In 2023, prepare for some specials as the festival will celebrate its 40-year anniversary.

Vienna Music Festival Guide. Just outside of Vienna, Grafenegg Castle in the Danube’s Wachau Valley has become an insider spot for lovers of classical and jazz music. Each summer top musicians and orchestras such as the Vienna Philharmonic Orchestra perform at this romantic 19th century castle.

Time: 22nd June (Midsummernights Gala) to early September 2023
Location: Grafenegg Castle; Schlosstrasse 10, 3485 Grafenegg
Programme and Tickets: from September 2022, get tickets for various performances (the ticket site also offers a resale service in case your trip plans change). In case of bad weather there is an option to move the open air event to the onsite Auditorium.

Transfer And More: Conveniently, a festival shuttle bus runs from Vienna to Grafenegg and back. However, once you travel to Grafenegg you may as well visit UNESCO World Heritage Site of Wachau Valley nearby. For example, you could take a boat ride on the Danube, followed by lunch at a winery and exploring baroque Melk Abbey before getting showered with music and fireworks at Grafenegg.  Get in touch if you need assistance. 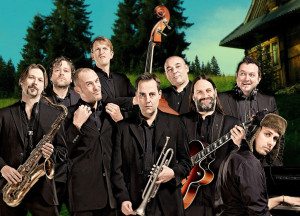 Vienna Music Festival Guide. During two weeks each summer you can witness our mostly baroque Vienna all jazzed up. Spread across various locations these Vienna concerts represent a mix of internationally renown jazz stars and national singers.
In the past, celebrities such as Natalie Cole, Randy Crawford, Bobby McFerrin, George Benson, Bryan Ferry, and Helge Schneider performed at the festival. For the 2022 event, the programme will be released in the spring. Since it’s the festival’s 30th anniversary and the first event after the pandemic expect some special highlights.
Dates: end of June to early July 2023 (Tbc)
Locations: various across Vienna, from the Vienna State Opera and Vienna Konzerthaus to open air concerts at City Hall square to Hundertwasser-designed incineration plant.
Programme and Tickets: visit website 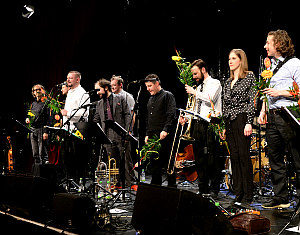 Vienna Music Festival Guide. When the Klezmer clarinets start teasing, laughing and chatting with you Jewish Vienna and its European heritage flourish again. During two weeks in November the Vienna Klezmore Orchestra along with other bands from Europe and overseas stage a dozen vibrant concerts across town. With that much Jewish dance music and Yiddish songs from the Steppes and Shtetls it’s hard to stay seated. 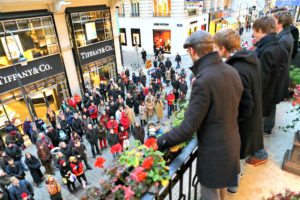 Vienna Music Festival Guide. When I hear a great voice sing freely on its own I sometimes get goose bumps. As a matter of fact, Voice Mania shows that I am not the only one getting excited about great vocals. Just as high fog hits November’s skies you can hear some fabulous voices from all over the world. For a start, ‘Balcanto’ singers will belt out arias, yodlers, gospels and electrifying sound rhythms from various balconies in Vienna’s city center. Most of the other concerts will take place at Theater am Spittelberg.
Dates: 2nd to 28th November 2023; opening 2nd November, 2.00pm to 5.00pm;
Locations: opening event from various balconies in the city center; Theater am  Spittelberg, Spittelberggasse 10, 1070 Vienna;
Admission: free (Balcanto); approx EUR 25 per concert ticket; check programme 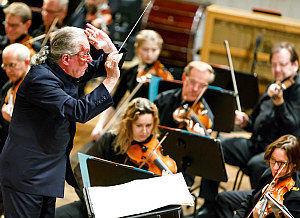 Vienna Music Festival Guide. Wien Modern is the ultimate local festival for contemporary music. Uniquely for Vienna, the event provides an international platform for contemporary music, supported by dance, performance, visual arts, film and video. In this photo from Wien Modern you see the Vienna Symphonic Orchestra under the baton of French conductor Sylvain Cambreling.

At the grand opening at Wiener Konzerthaus in 2023, Viennese composer Peter Jakober will perform a concert for string orchestra, supported by one other than the world renown Vienna Symphonic Orchestra. Throughout the festival period, you can choose between 50 events at around 16 locations.