Vienna Museum – What To See At Wien Museum 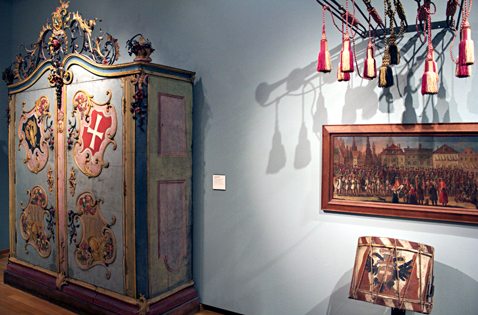 Don’t ask me why The Vienna Museum (Wien Museum) doesn’t rank top among travellers. It is THE ‘super museum’ of Vienna. You get the whole Wien story on a plate, learn about its people, celebrities, urban culture throughout the centuries, and see top art works. In 60 minutes you walk through Vienna’s history: from the Roman legionnaire’s camp of Vindobona through the Medieval Babenberg counts, the Turkish army besieging Vienna in the 16th and 17th centuries, to Gustav Klimt and modernist architect Adolf Loos.

NOTE: Due to comprehensive extension and refurbishment, Wien Museum will be closed from 3rd February 2019 until 2022.

The Archeology collection hosts thousands of objects from pre-historic local finds: vases, urns, ceramics, and coins of prehistoric origin and of Roman Vienna; jewellery, weapons, fabrics and objects from tombs of the Migration Period, the Dark Ages and the Middle Ages.

I revisited Wien Museum after joining one of the Vienna tours. At sightseeing tours you hear a lot of local history. I found Wien Museum helped to sort all those stories and memorise them better. 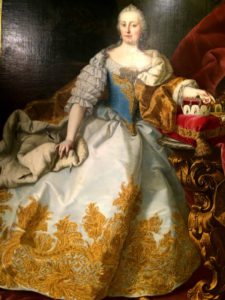 Take the two Turkish Wars in 1529 and 1683. Out in the streets you stumble at various references, from canon balls stuck in a house wall to indirect references in the form of coffeehouses and apple strudel. A small room in the museum tells you the whole story, showcasing several original relics.

The collection of Baroque Vienna provides good insight of 17th and 18th century Vienna. Maria Theresia, her father Charles VI and her son Joseph II reigned during that time. The photo on the right was taken of an amazing oil painting of Maria Theresia with her son and heir to the throne Joseph II in a separate portrait on top (not visible here).

Vienna established itself as a European centre of the arts. Wolfgang Amadeus Mozart composed operas, symphonies and concerts that made Vienna the capital of music. Much of Viennese culture goes back to the baroque era, from lavish Vienna balls to our ongoing respect of authority. Most of the dozens of town palaces and lavish baroque churches date from that epoch. 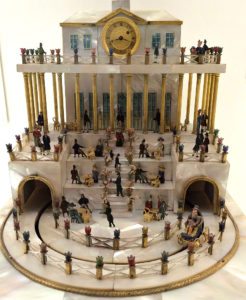 Biedermeier Vienna was the time of Empress Sisi and Emperor Francis Joseph. The first half of the 19th century was as romantic as it was absolutistic. You will see lots of cute porcelain figurines, delicate females picking flowers, lavish dresses and bucolic local landscapes. The Biedermeier clock on the photo is a rare masterpiece. My favourites are the pieces of polished Biedermeier furniture. You can still find Biedermeier pieces in local antiquities stores.

The Urban Development section boasts a large wooden model of old Vienna. A bit like in Berlin, Vienna’s face was different before and after ‘the wall’. Vienna tore down its city walls more than 150 years ago, replacing them with Ringstrasse boulevard.

The most fascinating part for me was to learn which new urban projects and buildings the Viennese had initially rejected. The locals have a track record of protesting against changes in their city…

My favourite at the Vienna Museum is the permanent collection about daily life since 150o. The best examples are on the museum levels of the 18th and 19th century. You will find, among other things 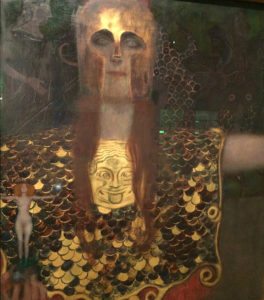 Location: Karlsplatz 8; 1010 Wien;
Opening Hours: Tuesday to Sunday and public holidays 10 am to 6 pm;
Tickets: EUR 8 (adults); visitors under the age of 19 go free; free entry for all each first Sunday of the month;
Vienna Card discount: -25 percent
Current exhibitions: visit website
Public transportation: Underground U1, U2, U4 (Karlsplatz stop), U3 to Stephansplatz;Trams: 1, 2, D, 62, 65.

Other great Vienna museums: Belvedere Vienna, Albertina Vienna, House of Music, Hapsburgs Museum of Furniture (Hofmobiliendepot)
back to Vienna Museums
back to What To Do In Vienna
back to Vienna Unwrapped homepage