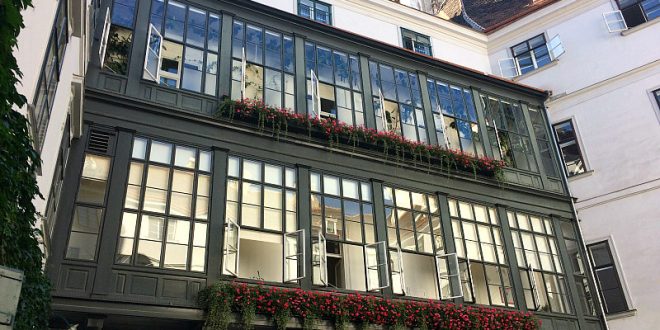 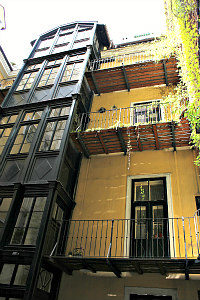 Vienna Insider Walk. Exploring the courtyards of our historic Pawlatschen houses lets you discover some of the most charming attractions in Vienna.

For one thing, sneaking into these courtyards takes you off the beaten track. Conveniently, many of them are in a central location and shopping area, such as those in the first and seventh district.

Second, the Pawlatschen tell a story of Vienna’s urban life 200 to 400 years ago. During that time, most of the apartments had their entrances in the courtyards. On top, many ‘bassena’ basins there supplied water for the entire townhouses. For this reason, the pawlatschen worked like village squares, where people would meet and greet. 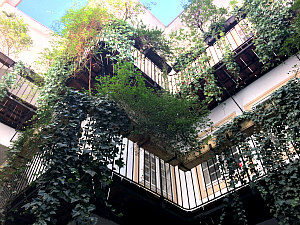 Vienna Insider Walk. Pawlatschen is the Viennese word for traditional courtyards of residential buildings. The term was imported from the Czech word for ‘open house entrance’. Pawlatschen houses have characteristic wooden galleriesthat run in the atriums outside the buildings. Each flat can be accessed through the gallery.

The atriums and Pawlatschen were common meeting places of the tenants in the 18th century. There, the residents dried their laundry and gathered water from the central well, or later the bassena basins. 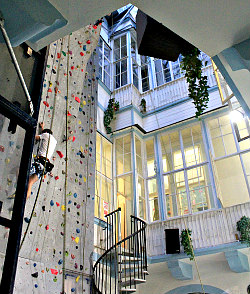 If you just want to see a few pawlatschen focus on three streets in the city centre: Singerstrasse, Blutgasse and Bäckerstrasse. In the latter street, the Austrian Tourism Club (Oesterreichischer Tourismusklub) has even set up a climbing wall in their courtyard at no 16 (see photo).

Also, do glimpse into Kohlmarkt number 11 when you pass this area during your Old Vienna Walk. It has quite original baroque carriage sheds and houses an attic that was used by Austrian composer Joseph Haydn for many years.

If you take the Art Walk which leads you through the historic Spittelberg district, walk in to Amerlinghaus in Stiftgasse 8/Schrankgasse 1, another beautiful example of an 18th century inner courtyard, with a 200 year old vine climbing up the walls! 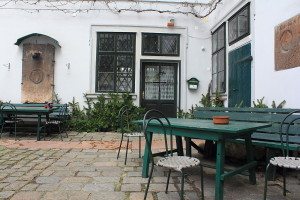 Vienna Insider Walk. If you don’t have much time and want  an excellently laid out route including secret alley ways, get a savvy local  guide. They blend hidden courtyards with prime landmarks, providing a rounded experience of the historic centre.

You may not need a general tour  through the centre of Vienna if you ask  your guide to include the best  highlights.

I did a private tour with Regina, who was a fantastic story teller. Learn more about her Secret Vienna tour.

The map below from Vienna’s municipal office provides an excellent guide to courtyard walks in Vienna. The suggested tour is huge, therefore this map zooms in on the core area.

If you want to explore the Pawlatschen lifestyle why not try a Pawlatschen hotel. Since there are only a few and they aren’t tagged in hotel search engines here are my two top choices. 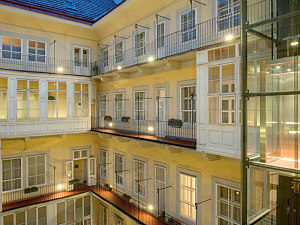 Most of the rooms extend to the balconies and wooden glass verandas around it. For best views, take the glass elevator in the courtyard. 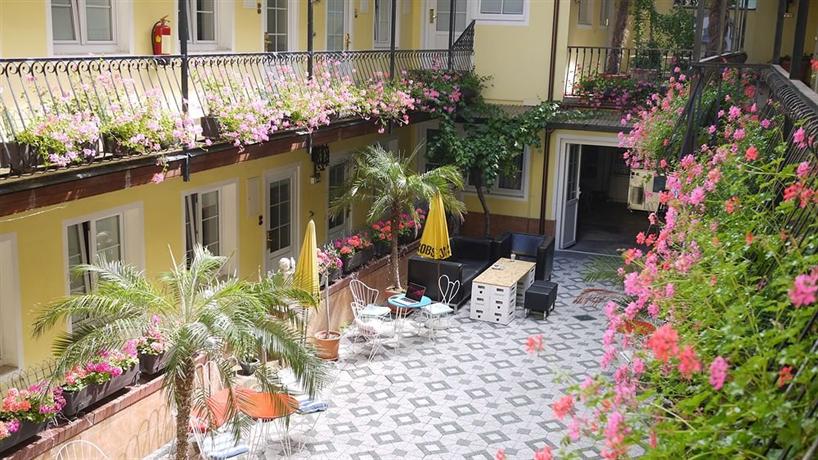 The Hotel am Brillantengrund is also located in a Pawlatschen-style house. Set in Vienna’s trendy seventh district dates from the 19th century. Guests at the three star house can have breakfast at the ultra romantic inner courtyard or just relax.