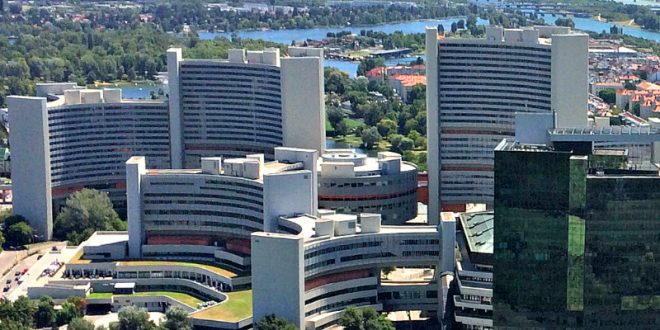 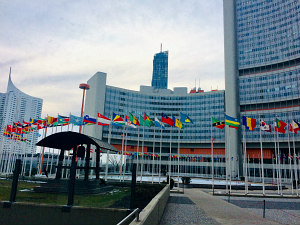 To balance out our classical sightseeing I took my family on a guided tour through the Vienna International Center. Not only will you explore contemporary Vienna’s international side, you also get to know the city’s modern face along the Danube river. Here is a primer and our tour review.

Why A UN Headquarters Tour In Vienna? 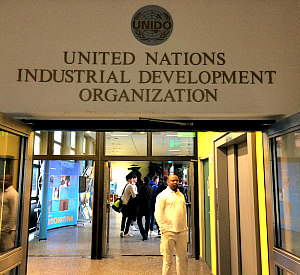 United Nations Headquarters Vienna. Though Vienna is comparably small it hosts 18 UN organisations, around 4,000 UN officials, and runs more than 2,000 conferences and meetings each year.

One of four United Nations Headquarters world wide, Vienna became the third UN Headquarters in 1980, after New York and Geneva. (Nairobi joined later on as the fourth headquarters.)

Even before that, international UN organisations such as the United Nations Organisation for Industrial Development (UNIDO) or the International Atomic Energy Agency (IAEA) had moved their operations to Vienna in the Fifties and Sixties. 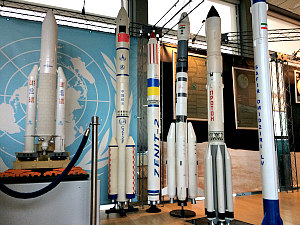 United Nations Headquarters Vienna. From Vienna, United Nations organisations get involved in a number of international incidents. Among them are a number of special meetings on Syria that took place in Vienna in 2018, and a series of reports and meetings on migration and human trafficking.

All of them are located in the Vienna International Centre (VIC) on the Danube in the the 22nd district, which houses around 4,000 staff, and has ex-territorial status. 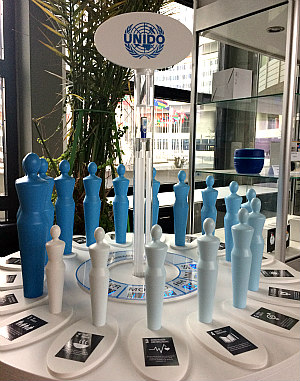 UN offices and sub-organisations in Vienna 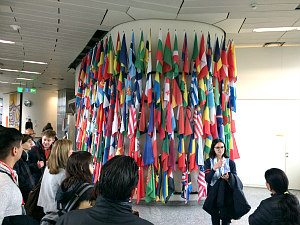 United Nations Headquarters Vienna. To get a feel for contemporary Vienna’s international role our family toured the local UN headquarters. We joined one of the guided tours that take place almost daily during the year. After security and ID checks our guide showed us the main parts of the building.

Like neutral Switzerland, Austria had similar ambitions when roping in the deal for a UN headquarters in Vienna.  Certainly, a permanent United Nations Headquarters would strengthen and protect Austria’s neutral status and its security. 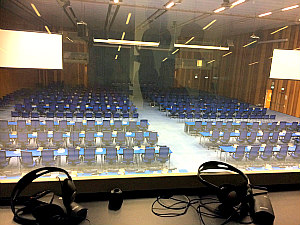 Instead of topping up the defense budget, the government reckoned the new Headquarters would protect Austria in a better way. Therefore, the Austrian Government offered the United Nations to finance the construction of the new Headquarters in Vienna. Building work started in 1973 and finished six years later.

After we learned about the peculiar architecture of the building complex we went straight into the visitors’ room overlooking the main assembly hall. From there, you could perfectly envisage international meetings, the work of delegates and interpreters, and the voting system.

Funnily, our children loved the large meetings panel outside the hall, announcing meetings like flights at a busy airport. 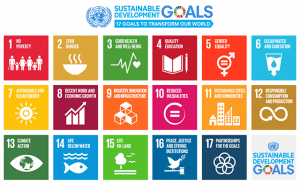 During our tour we focused on the IAEA, UNIDO and the Office for Outer Space Affairs, which all have their headquarters in Vienna.

What has to be said is that on our way we stopped at excellent displays.  They all embraced various themes, from sustainability and industrial development to disarmament. While the United Nations can be overwhelming, the bite-size information proved to be appetising and fun. (Later on we found the UN’s Free Rice online game, which donates to the World Food Programme for each correct answer.) 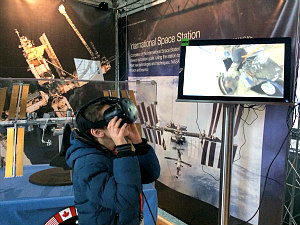 My son’s favourite was the exhibition of the Office for Outer Space affairs, packed with rockets and even a Virtual Reality set.

Far from Star Wars, using outer space for satellite navigation, cultivating plants and preventing infectious diseases to spread, was as luring, though. For a few minutes he was on his own exciting mission… 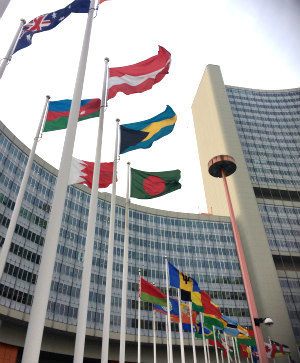 Bookings: no reservations needed for individuals and groups under 10 people.

How to get there: Take the underground line U1 in the direction Kagran, alight at Kaisermühlen/Vienna International Centre and proceed to the main entrance/Gate 1.