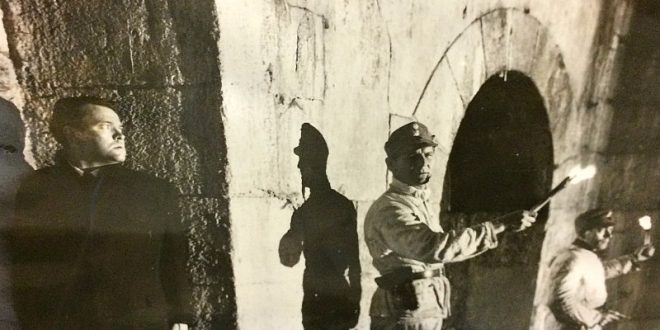 Third Man Movie Tour. Even if you visit Vienna for the first time it pays to join a special themed tour like the ‘Dritter Mann Tour’.  Not only will you get under the skin of an international cult film, you will also get to know Vienna off the beaten path. Read my review and watch the Third Man move trailer below. 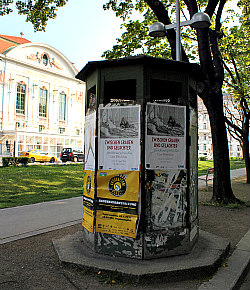 First of all, before you embark on the Third Man Movie tour, watch the film, to get the most out of your tour experience. It’s utter magic when you connect film scenes with the location you are standing in. Even if you don’t remember all the details you will more easily beam yourself back in time.

In fact, I had watched the film ten times at least. On top, my Viennese mum, who was a little girl in 1945, told me a few things about life in the city during that time. But that was by far not the whole story!

Neither my parents nor grandparents ever talked about the real hardships and cruelties of that time. What my grandparents refused to tell me – unlike the tour guide – was that many Viennese had what they called roof rabbit for Sunday lunch! In short, the tour closed a gap I didn’t even know existed.

What I loved most about the tour was the insight the guide provided into life in Vienna post World War II, when my Viennese mum was a primary school girl. 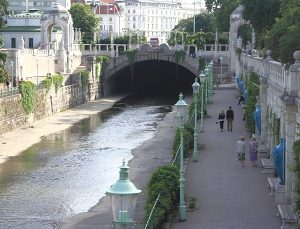 While our group roamed the historic center we learned about key and hidden landmarks, from a dark and utterly exciting perspective. Even those of us who hadn’t seen the film felt they were right back in 1949.

Because there are two different tours –  a walking tour and a sewer tour – I needed to make the right choice. As it turned out during our walking tour, around 80 percent of the sewer scenes in the Third Man movie were done in London studios! Besides, Orson would not squeeze into narrow smelly funnels. I totally understand him.

What Makes The Walk So Powerful 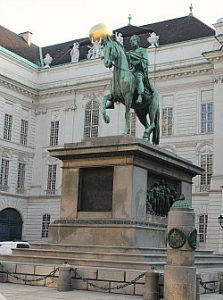 To begin with, our tour guide Christopher took our small group to all key locations used in the film. Not only did we get several deja vus but we learned amazing historical facts and film anecdotes where ever we stopped.

In addition, scurrying around between landmarks and hidden corners opened up entirely new perspectives of the city. On a general tour we would have missed out on them for sure.

So, at the very least consider these three reasons that should make the tour worthwile for you, too.

First, visiting the original film locations and learning about anecdotes and film production flaws is just fascinating. Especially cineastes will love the hilarious details about making films in the 1940s.

Second, you learn about everyday life in Vienna after the Second World War: During those 10 years when the Allied Forces occupied Wien, food was short, crime abundant and people just tried to survive. While gazing at the monument of the Russian soldier on Schwarzenbergplatz we heard about the story of the Russian pea king of Vienna. Which blended in perfectly with my mum’s stories of those endless meals of peas, with worms or without. 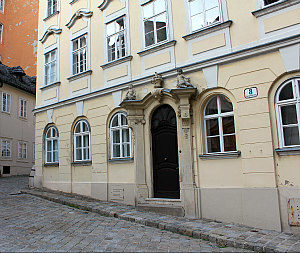 Among the most fascinating detail was the insight about the dealings of the British Secret Service in Vienna. In fact, the author Graham Greene received his inspiration for The Third Man after meeting a British spy at Hotel Sacher in 1948. As factual as this detail was the story about diluted penicillin trades on the Black Market, which formed the main context of the film.

And third, you discover great locations that you wouldn’t have visited otherwise. For example, Mölkerbastei (photo) or the Wien river at Stadtpark are usually not part of guided walks. On the other hand, you get amazing historical references hidden in the most central locations, such as Am Hof square or Schwarzenbergplatz.

For more than 30 years, our local Burgkino has been screening Graham Greene’s 1949 cult classic with Orson Welles, in original English language. Find out screen times.

My tip: Before you do the tour watch out for the following film scenes:

Seemingly half of Christopher’s family seem to be Dritter Mann buffs! His mother Brigitte Timmermann, a well known historian, has published The Third Man’s Vienna. Across more than 100 pages, the picture book lays out the film, its key scenes and the original locations. You can get the coffee table book either when you do the tour, or in a good local book shop. 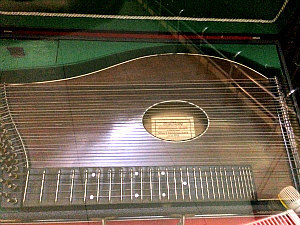 Notably, the film music includes the famous zither theme by Anton Karas. Unlike, for example, in the Sound of Music, the zither song has deep local roots: When the production team heard zither music at the local wine taverns they were keen to use it for The Third Man. From then onwards, Karas’ fame skyrocketed across the world.

In this photo you can see Karas’ original zither which is on display at Vienna’s Third Man museum.

If you want to take this tune back home, you can get the CD on Amazon and all larger music stores in the US and Europe.