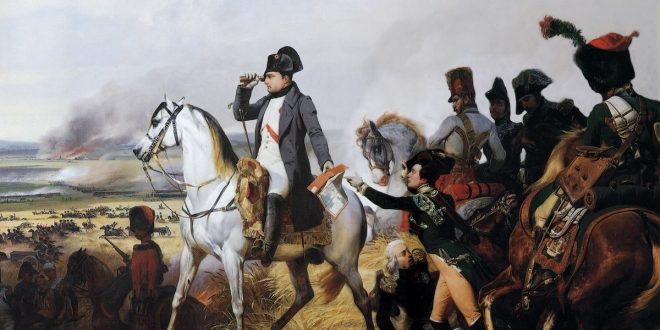 The French Wars – Napoleon In Austria

For the Austrian Empire the French Wars, or Napoleonic Wars, had devastating effects.  Before you visit the Austrian capital, get the story about Napoleon Bonaparte in Vienna, and where to trace him.

Why Did France Declare War On Austria?

Napoleon And The Habsburgs 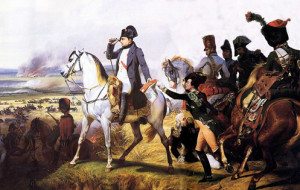 Initially, the Habsburgs and their advisers thought that their alliance with Russia would deter Napoleon. Because of that they did likely not adequately equip and train their army. In addition, Napoleon was thought to attack Austria from Italy. When he eventually chose the route via Germany, his army managed to defeat the Austrians easily at the Battle of Ulm between 25th September and 20th October 1805.

In fact, Napoleon Bonaparte defeated Vienna and the Habsburg Empire twice during his expansion across Europe. In 1805, Austrian Emperor Franz II, who later became Franz I, lost against Napoleon in the Battle of Austerlitz in Moravia (in the South of what is today the Czech Republic), together with his ally Tsar Alexander I of Russia. Even though Archduke Charles had reformed the Austrian army in 1801 and the Austrian cavalry enjoyed an unrivalled reputation in Europe, the Austrian infantery and cavalry operated in a fragmented way and were not as effective. 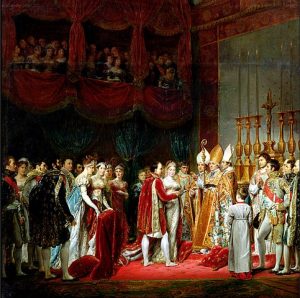 During the French Wars, Napoleon stayed several times at Schönbrunn Palace in 1805 and 1809, which he chose as his headquarters. The room where he was reported to have slept is now called Napoleon room.

Apart from loosing territories such as the Tyrol, Venetia and Fore Austria, and paying 40 million francs of indemnity, Emperor Franz abdicated from the Crown of the Holy Roman Empire. It was then in 1806, that the Holy Roman Empire ended after almost 900 years (962-1806).

In 1809 Austria again declared war on France and was defeated, this time losing Salzburg and parts of Upper Austria to Bavaria. But not only that: this time, France also received Triest, parts of Carinthia and Eastern Tyrol.

Why did a Habsburg princess marry the French warlord when he had just defeated her Empire? To pacify Napoleon, Emperor Franz’ daughter Archduchess Marie Louise of Habsburg had to marry Napoleon in the same year. In this painting by Georges Rouget shows Napoleon marries Marie Louise (1810). 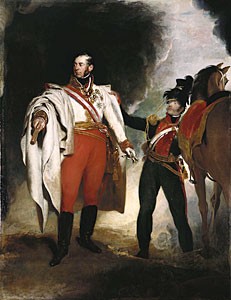 The House Of Schwarzenberg In The French Wars

Who led the Allied Forces during the Battle of Nations? It was Austrian military officer Feldmarschall Karl Philipp Prince zu Schwarzenberg, who was commander in chief. To give you an idea of the Schwarzenberg dynasty’s power, the House of Schwarzenberg owns Palais Schwarzenberg in Vienna, and a palais of the same name in Prague, among a series of other castles mainly in Bohemia. Between 2007 and 2013, his last descendant, Karel VII  served two periods as the Minister of Foreign Affairs of the Czech Republic, having previously served as the President of the Council of the European Union.

References to Napoleon and the French Wars In Vienna 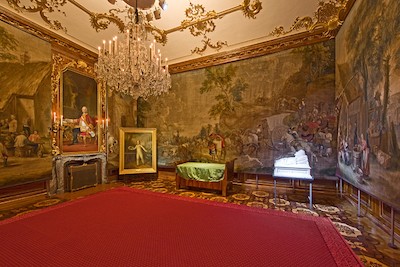 When you visit Schönbrunn Palace during a Grand Tour, you will pass through the Napoleon room, where the French Emperor stayed during his time in Vienna. His audience chamber was the Hall of Ceremonies and the Porcelain room was his study. The Blue Chinese Salon served as his drawing room.

At Palais Lobkowitz, which now houses Vienna’s Theater Museum, the Eroica Hall reminds indirectly of Napoleon. Initially, Ludwig van Beethoven wanted to dedicate his third Symphony to Napoleon, the hero of the French Revolution. The premiere was set to take place in Lobkowitz Palace’s splendid hall. When Beethoven learned, however, that Napoleon had crowned himself Emperor, he vividly scratched out his dedication.

At gothic Minorite Church, you can see a mosaic copy of the Last Supper by Leonardo da Vinci. As a matter of fact, Napoleon had commissioned this piece with Italian artist Giacomo Raffaelli. Subsequently, Emperor Franz I bought the mosaic. Because it was too large for the Belvedere gallery, the Last Supper now hangs on the church’s Northern wall.