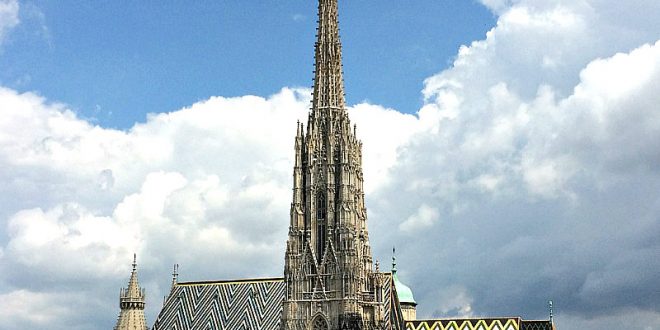 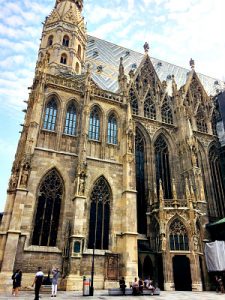 As a native I instinctively associate ‘Steffl’ with mundane things like cream wafers, radio and school kids rattling charity moneyboxes in the streets; but you will get the key architectural story and Cathedral concert tips here.

Why Is St. Stephen’s Cathedral So Significant?

In general, Stephansdom has played a key role in local history and has earned a reputation as a local symbol of strength and national identity. Throughout the centuries, Stephansdom has weathered storms such as the Battle of Vienna, the Siege of Vienna, the French Wars as well as numerous fires. In the last days of the Second World War ‘Steffl’, as we call it, nearly collapsed. 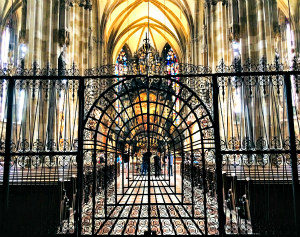 Each year, thousands of Viennese school children raise funds for the continuing restauration of the Stephansdom. Significantly, the cathedral has its own classic/religious radio station. A cathedral visual dominates the brand of Austria’s most traditional and hugely popular Manner cream wafers.

Its legendary bell Pummerin traditionally rings in the New Year, which is broadcast across Austria.

To sum it up: the main attractions of St. Stephen’s Cathedral are the interior including the Albertinian Choir, the South Tower, the North Tower, the beautiful tiled roof, the Cathedral’s Treasure, and not least the Catacombs.

When Was St. Stephen’s Cathedral in Vienna Built?

How old is Stephansdom? As one of our oldest churches, building St. Stephen’s Cathedral was agreed in 1137 between Babenberg count Leopold IV and Passau-based bishop Reginmar. Though in fact it took until 1147 for the first Romanic style church to be inaugurated where Stephansdom is today.

What Is Stephansdom Made Of?

The Viennese cathedral is principally made of the arenaceous limestone from Breitenbrunn and St. Margarethen in Burgenland. You can find the Breitenbrunn limestone at the elaborately chiselled cathedral’s pulpit and the passion relief. Pinolith magnesit was used for some of the side pillars of the high alter, and some altar stairs are from Tardos marble.

When Do Concerts Take Place At Stephansdom? 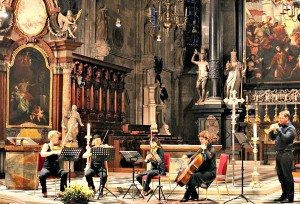 Since Stephansdom is so grand I personally like the cathedral best when music elevates it even further. Throughout the year Steffl hosts many wonderful classical cathedral concerts. Specifically the rooftop concerts, which take place irregularly, are not to be missed.

In 2020, Stephansdom’s new Giant Organ was inaugurated after 25 years of silence. What is more, for the first time the Giant Organ now connects with the choir organ to produce an extraordinary multidimensional sound. Throughout the year, the cathedral hosts beautifully presented concerts with music by Beethoven, Mozart and Vivaldi. In the run up to Christmas, there will be regular Christmas concerts. Access the up-to-date concert schedule.

The Catacombs of St. Stephen’s Cathedral 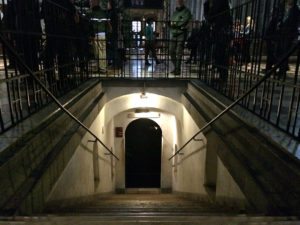 When inside Stephansdom most visitors have little idea that they stand on top of Vienna’s oldest Necropolis, counting 30 burial chambers and 10,000 souls. What keeps fascinating me about the Stephansdom’s catacombs is the Habsburg Emperors’ bizarre burial rites.

Over the past centuries it was customary for Viennese noblemen and the Habsburgs to be disemboweled after they died.  They  had their intestines separated from their bodies and placed into finely decorated metal vessels filled with a preserving alcoholic solution.  You can see the urns at St. Stephen’s crypt. (Visit the bodies at the Imperial Vault at Capucin Church.)

The main catacombs are next to the Habsburgs and auxiliary bishops’ burial chambers. You can visit only a small part of that medieval to baroque cemetery. Neatly stacked up bones packed to the ceilings fill room after room. If one room was full with bones, it was just bricked up and the next burial chamber was opened.

You can visit the catacombs only as part of a guided tour. The entrance is at the church’s left side aisle through a staircase. 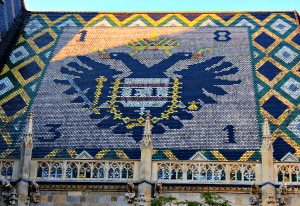 To discover the beautiful tiled and ornamented roof and for perfect city vistas you can ascend both the tall South Tower and the lower North Tower. While the North Tower is unfinished and a little lower, it does have an elevator. If you want to work out, consider climbing up the 343 stairs of the South Tower for more spectacular views.

Signficantly, the North Tower houses the ‘Pummerin’ bell, the third largest bell in West and Central Europe, and the largest in Austria. In fact, this and the presence of an elevator are the main reasons for visitors to ascend the North Tower. 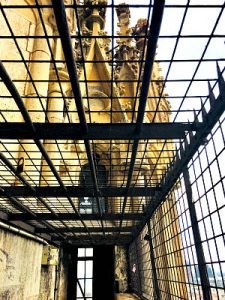 The first time, I made the same choise – it was wonderful but nothing for the faint-hearted. Its transparent metal staircase was stuck to the tower like a swallow’s nest. Gazing through the metal grid under my feet made me really feel the dizzying heights.

From the North Tower you could see downward to Stephansplatz and then further on to the dome of nearby church St. Peter’s and across a few nice rooftop terraces.

However, viewing the beautiful tiled roof from up there was worth it. The roof’s colourful patterns and the Imperial Eagle are made of 230,000 glazed roof tiles which created a breathtaking mosaic. 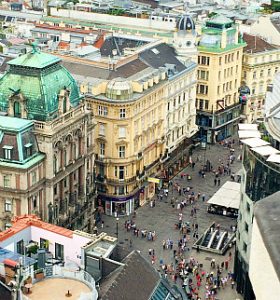 The second time, in the summer of 2018, I felt brave enough to climb the South Tower, along with many other visitors. All strangers, we encouraged each other on the way up, followed by hearty congratulations to whoever finally arrived up at the main observation deck.

From the South Tower, the vistas down to the pedestrian area and across Vienna were slightly better. I could see the romantic Pawlatschen courtyard of Deutschordenshaus in Singerstrasse, the church of St. Charles Borromeo and even Belvedere Palace and Gardens in the back!

How To Tour St. Stephen’s Cathedral 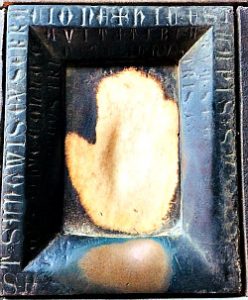 Since the art and architecture at Stephansdom is packed with hidden references you will fully understand this building by getting some background.

I found the stories behind the references were a real opener into the mindset of the Viennese of the past centuries. (See that much touched stone in the photo that hangs in a hidden corner of Steffl?)

At the most basic, wander around the building with some audio phones, visit the Catacombs, and then climb up the North and South Towers. Find out about tour tickets.

How To Get To Stephansdom

On his last trip to Vienna, my husband stayed at Do und Co Hotel right next to St Stephens Cathedral – it was his best stay ever in town. If you pick a hotel near Stephansdom you will live right in the historic city centre, either in or very close to the pedestrian area with its many coffeehouses and luxury shops.

The area is packed with three, four and five star hotels, and with a few excellent Bed and Breakfasts. Except for venturing out to Schonbrunn Palace, you are unlikely to be in need of public transport, as all major sites are within walking distance. Get customer reviews and best deals for hotels and BandB’s near St Stephens Cathedral.

explore more Vienna Sightseeing Top 10, And Four Extra Tips
go to What To Do In Vienna
back to Vienna Unwrapped homepage