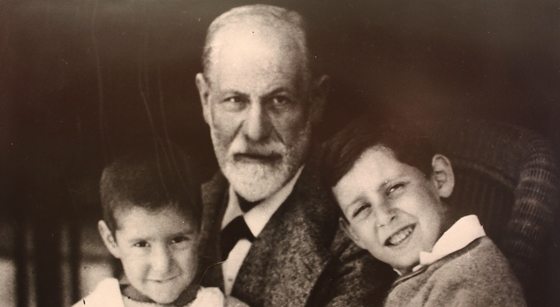 Before you head straight for the Sigmund Freud Museum in Vienna why not start tracing his footsteps earlier: Clearly, Freud left valuable traces in many more places than his practice and apartment. What’s more, Freud represents a whole era: If you follow his legacy in Wien you’ll get a 360 degree view on our World of Yesterday and Vienna 1900. Since my visit to the museum formed part of a private walking tour, let me share the whole experience with you.

What To See At Sigmund Freud Museum 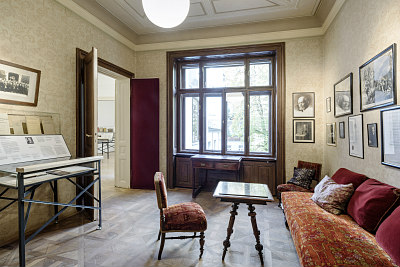 Sigmund Freud Museum. Unlike any other Vienna museum, the Freud Museum at Berggasse 19 brings to life the Fin-de-Siècle through one of its key celebrities. Not least these few decades moulded Vienna into the city it is today.  The museum was tucked away at Sigmund Freud’s former practice and apartment at Berggasse 19, in the bourgeois ninth district. He lived in this residential Viennese townhouse with his six children, wife and sister in law. The museum had been fitted with some of Freud’s original furniture and a small part of his collection of antiques.

‘Imagine, the Freud Family had abandoned this apartment back in 1938. What you see here has been painstakingly re-collected with the assistance of Anna Freud, Sigmund’s daughter’, explains my tour guide. 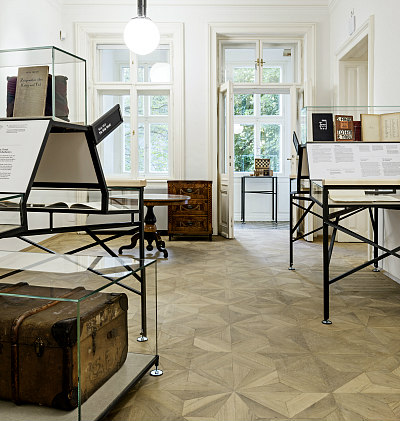 Since August 2020, the museum has extended its exhibition space to accommodate exploding visitor numbers. Most spectacularly, Freud’s former function room on the ground floor has become part of the museum. In total, three new permanent exhibitions, one art exhibition and a special exhibition now share Freud’s cultural heritage: Apart from insight into Freud’s life and work, learn how psychoanalysis developed in theory and practice and about its significance for society and art.

Since most of Freud’s furniture and objects followed him to his London exile, this is about a compelling narrative rather than a fully fitted Sigmund Freud World.  Although Freud’s couch, for example, is in London’s Freud Museum, most of the original interiors feature in large photographs. Likewise, the new museum will continue to represent a careful selection of objects, private and public photographs, and documents. 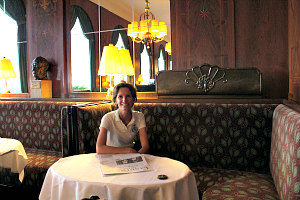 Sigmund Freud Museum. In order for me to fully understand Freud’s personality and his time my expert guide suggested that we checked a few key sights in Wien first. We entered the Sigmund Freud Museum at the end of our tour. By that stage, Gertrude had materialised the whole context of Freud’s life and work in Vienna at various places in the surroundings. Our Sigmund Freud tour took us from the Heldenplatz and Imperial Palace via Volksgarten to Burgtheater, Freud’s favourite coffeehouse Café Landtmann, the University of Vienna where he taught, and the Sigmund Freud Park right up to Berggasse 19.

During this private tour, Gertrude told the story of the start of the end of the Freud family and of Vienna 1900. 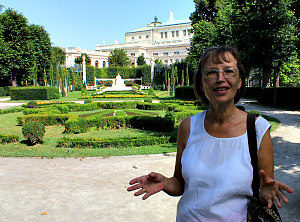 At Heldenplatz, Adolf Hitler held his famous ‘Anschluss’ speech. As Gertrude put it: ‘Sigmund was quite shocked when Anna was interrogated by the Gestapo shortly afterwards’. Between Volksgarten, Burgtheater and the Vienna City Hall, I got the lowdown on the semitism and antisemitism in the Habsburg Empire, on the intellectual life Freud shared with Jewish writers Stefan Zweig, Arthur Schnitzler, and Karl Kraus, and on women’s rights in Vienna. Certainly, Sigmund was a known conservative and the last person to progress on women’s rights. 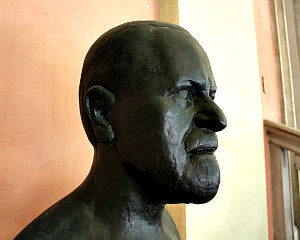 At the University of Vienna and the adjacent Sigmund Freud Park Gertrude’s story continued with a glimpse into Freud’s teaching and research. She managed to touch on the lives of other famous Viennese scientists of the early 20th century as we passed their statues. Many of them were Jewish and disappeared during World War II. What a brain drain. 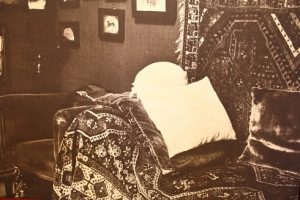 At the Sigmund Freud Museum, we walked the rooms while Gertrude wove the exhibits into good narrative. Funnily enough I remembered Gertrude’s stories about certain objects much better than the objects themselves.

While we roamed through the rooms, I gained a much better understanding about the life of the Freud family at Berggasse, of Tante Minna (Freud’s sister in law), of daughter Anna Freud, of colleagues such as C.G. Jung and Alfred Adler, of Freud’s patients, his daily work routine, and his final emigration and death in London.

If you are interested in the private walking tour and museum visit do get in touch. [During the museum’s refurbishment the walking tour will focus on external sites and not include a museum’s visit.]

For further information about the museum visit their website.

For a group of up to four people the guiding fee for a two hour walk is EUR 180.  Either visit the museum on your own following the private Sigmund Freud Walk, or have the private tour guide accompany you. In that case, factor in a total of 2.5-3 hours walk, and a guiding fee for up to five people of EUR 240.