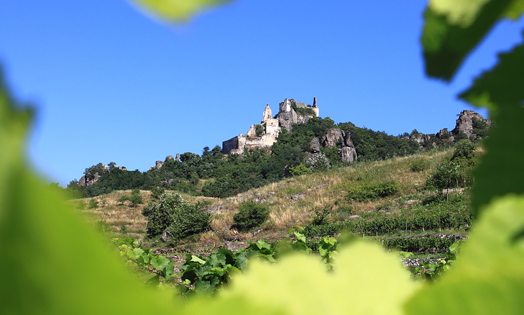 Richard Lionheart: His story in Vienna and Dürnstein

Famously, the story of Richard Lionheart, King of Crusaders, reaches from England to the Middle East. This page recalls his time in Austria and provides travel tips for Dürnstein in Wachau Valley. 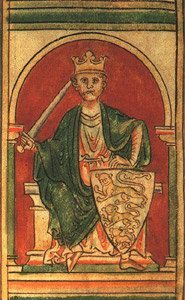 Richard Lionheart. In December 1192, Richard returned to England from his Third Crusade. He was exhausted from a long power struggle with his father Henry II and from bloody revolts in his French territories. During his battle in the Holy Land, one of his opponents had been Duke Leopold V of Austria. Going back, Richard became shipwrecked at Aquileia in the Northern Adriatic.

Hence, he was forced to return via the European continent, and had to cross what is now Austria.

To travel incognito, Richard disguised himself as a Knight Templar. However, supporters of Duke Leopold eventually captured him in a tavern in Vienna’s 3rd district, Erdberg (Erdbergstrasse 41/ Schwalbengasse 17). His king-like behaviour had been spotted. However, it was not Leopold who had pulled the strings behind this capture. In fact, he had acted on behalf of Roman-German Emperor Henry VI, and King Philipp August of France. The two rulers had a series of political motives and wanted revenge for some incidents that had happened during the Crusades. 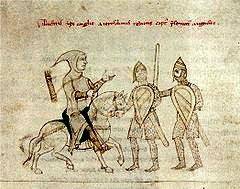 His subordinates and the Pope in Rome supported Richard Lionheart in the battle against his most powerful enemies Emperor Henry VI and French King Philipp II.

As for the ransom for Richard Lionheart’s release, it was handsome: In exchange for Richard, Emperor Henry VI received some 12 tons of silver, along with a series of politically motivated deals. Historians assume that in addition, Count Leopold V received around 11 tons of silver for his service.

After the treaty was signed, Emperor Henry’s men transferred Richard Lionheart to the German Trifels Castle in Western Rhineland-Pfalz, where he continued his imprisonment. Richard himself rejected all clauses of the treaty. Eventually, his enemy King Philipp II offered to pay and fulfill the treaty in exchange for Richard. Finally, Richard’s mother Eleonore of Aquitaine made the ransom was made available. She had sold all of Richard’s goods and more to fund the huge sum. 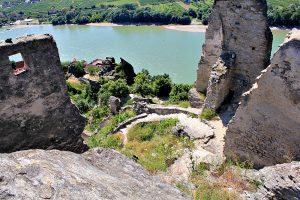 Nowadays, the Lionheart legend is alive in Dürnstein, a tiny village on the Danube in Wachau Valley (Austria). Richard Lionheart had been imprisoned there for 14 months. I have visited the ruin of Dürnstein castle several times. If you take a brisk walk, you take 15 and 20 minutes to arrive. The historic atmosphere is amazing. On top, you get an excellent view over UNESCO World Heritage Site Wachau and the Danube.