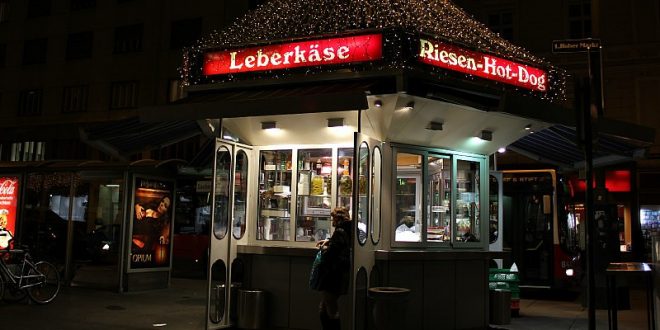 Is Vienna Safe? Must Knows For Travellers

Is Vienna safe to visit in 2020? Whether you simply like to go out at night, are a solo female traveller or an American tourist: safety matters. To give you a sound perspective I have collected the latest statistical evidence on safety and security in Austria’s capital.

According to the 2019 Global Peace Index Austria ranks fourth among the most peaceful countries in the world. This is largely due to Austria’s status as a neutral country: There is little to no involvement in international conflicts. Even domestic conflicts are rare, whereas public safety and personal security rank top. During the coalition government of the right wing Freedom Party Vienna has seen a few more political demonstrations. However, the coalition with the Green Party since January 2020 has re-stabilised public opinion.

But how likely are terrorist attacks in Austria and Vienna? Since the terrorist attack in Vienna on 2nd November 2020, Austria has been ranked on heightened terrorism alert by most countries. The attack was linked to an islamic extremist and happened in Vienna’s nightlife district Bermuda Triangle, not far from the main synagogue. During the incident, the gunman was killed and four victims died as a result.

Before that, the last terrorist incident in Vienna happened in 2009 in a Sikh temple, with one fatality. In the statistics, Austria as a whole has moved down 5 ranks in the Global Terrorism Index 2019 to 84th from a total of 138. However, since other European capitals have become scenes of terrorist attacks in the past years the risk of a local attack is there, although not on a high level.

As for the crime rate Vienna is the second safest city with more than one million inhabitants in Europe, following Munich (source: Numbeo). In Austria, violent crime has been receding in the past years, whereas more than four fifth of all crime is solved (source: Bundeskriminalamt).

As for 2018, the safest districts in Vienna were the central residential neighborhoods of Wieden (4th district) and Alsergrund (9th district) as well as the outer district of Währing (18th district). Is Vienna safe in general? Definitely, yes.

Is Vienna Safe For Tourists? 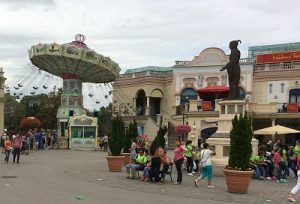 According to local crime statistics Vienna registered 9 percent less violent crime and 12 percent less theft in 2018 than in the previous year. Especially pickpocketing and theft by deception came down by 24 percent. (source: Polizeiliche Kriminalstatistik Wien 2018) Not least because of its safety record, Vienna has been ranking as the World’s Most Liveable City (Mercer Quality of Living Survey; Economist Intelligence Unit’s Global Liveability Index).

Having said that, police and crime rate experts agree that tourists generally count as ‘easy prey’ for thieves (source: Bundeskriminalamt). Therefore, for example, make sure you keep your valuables safe when attending crowded areas such as street markets, train stations, the airport and larger events. Don’t carry large amounts of cash with you and don’t take them out in public.

Is Vienna Safe At Night And For Solo Female Travellers?

When it comes to safety most parts of Vienna are good for a night stroll, including for female solo travellers. As a rule of thumb, apply common sense.

In particular, as a female traveller I would likely steer clear of hanging around at stations like Karlsplatz, Praterstern, Westbahnhof, or at Franz-Josefs-Kai in the middle of the night. And I would probably avoid staying in areas such as Simmering and some parts of Favoriten and Ottakring.

Public transport such as metros, buses and tramways are among the safest places in Vienna. More than 13,000 security cameras in metro stations and at bus and tramway stops help prevent crime. As for local taxis, more than 90 percent of local Viennese feel safe using Viennese taxis (source: Taxi40100 – Mobilitätskonzepte, January 2020).

Is Vienna Safe for American Tourists?

Because of the United States’ major role in international politics American citizens do well in checking for particular security alerts when travelling to a foreign country. Although Austria is a neutral country, Vienna is a United Nations Headquarter and home to numerous international organisations, such as the OECD and OPEC.

One of the most up-to-date relevant sites is the US State Department’s Overseas Security Advisory Council’s webpage about Austria. Apart from the latest crime and safety reports you will find news about security and demonstration alerts, specifically for Vienna.

In the unlikely event you become the victim of theft or crime do call the police: 133 or 112

European residents should preferably call the European emergency number 112, without dialing any country code. You can dial this number from any cellular device, even with a mobile without a fixed package or even a SIM card.
The emergency number for the ambulance is 144.

When calling from a cell phone from abroad dial the country code 0043 first. While you can assume that emergency call operators will understand English, there can be no guarantee, according to the Austrian Tourism Office.

If you believe your credit or debit cards has been lost or stolen, call the 24/7 fraud department of your bank or card issuer.

If you have doubts about Vienna as a secure place to visit at any given time do consult the websites of the embassies and foreign affairs ministries of your home countries.