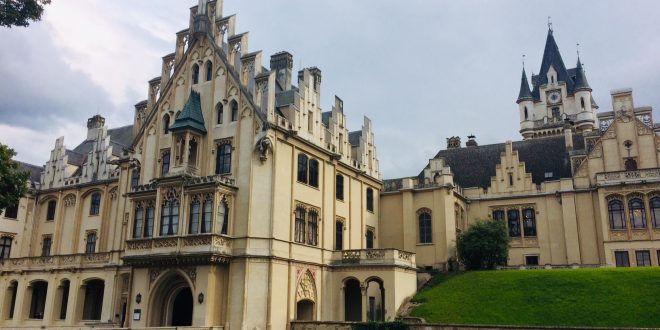 Grafenegg. For a fresh air of sophistication during a day trip from Vienna, head for Schloss Grafenegg. As a child I couldn’t get enough of the castle’s magical Christmas markets. Later on, my daughter and I enjoyed Grafenegg’s magnificent state rooms and a garden picnic in two of its deck chairs, on our way to Wachau Valley. And most recently, I took a friend for a classical summer concert during Grafenegg’s annual Summer Festival. Find out what you could see and do there. 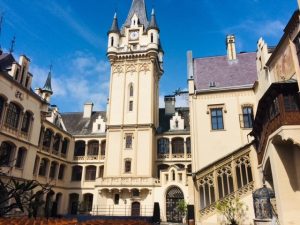 At barely an hour’s drive from Vienna, the castle and compounds dating from the 15th century extend in one of Austria’s loveliest wine regions: the Kamptal. Equipped with turrets, towers and a moat, Grafenegg makes a proper fairy tale castle. Even more so when you spot the founding Bräuner family’s Medieval-style coat of arms, and the stone-carved animals and figures jumping out of the North side’s façade.

Once you enter through the gate, the main tower, a splendid open staircase, a wooden gallery and neat rows of painted windows create an immaculate historic courtyard. Given how devastated Grafenegg was after World War II and the Russian occupation the Metternich-Sandor family, who currently owns Grafenegg, did a perfect renovation job.

As a matter of fact, the reason Grafenegg castle looks a bit English is the Tudor Gothic style that Britain fan and owner Duke Bräuner was so fond of when he had it built in the mid 19th century. 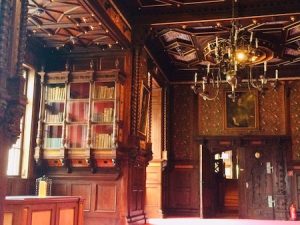 Inside, the fairly tale continues with a proper knights’ hall, a chapel, a library and several beautiful rooms. Most striking are the fantastically carved wooden ‘hammer beam’ ceilings. Like with the outer façade, sharpen your eye for the many figurines you will find in the ceiling corners of some rooms. On one of the ceilings you will discover more than 100 coats of arms of Duchess Bräuner.

Another stunning element are the original tiled stoves from the 19th century that have been warming most of the rooms during the Kamptal’s icy winters. As you enter the knights’ hall, watch out for the walls covered in gold-pressed leather that miraculously survived and now regained their former glory. In the library you will find a few open antique books featuring amazing paintings and drawings. 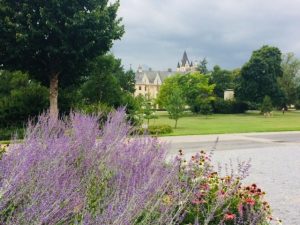 Around the castle you can promenade across a romantic park covering the size of 45 soccer fields. Much like in proper English-style castle grounds, casual groups of tree giants alternate with wild flower beds while pathways meander across lawns and forestry areas. Just in one area in the back an alley of lime trees reminds of the garden’s former baroque landscape.

Actually, the castle gardens not only score thanks to their own beauty but to some interesting side buildings and sculptures.  As if counting down the past centuries, a crumbling garden building lines up with a freshly renovated theater pavilion, a perfectly preserved farmyard including a stylish wine store, a 21st-century auditorium and a large historic building now housing gourmet restaurant Toni Mörwald. 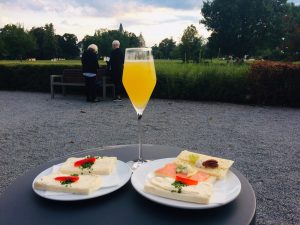 Between mid June and mid September each year, dozens of renowned musicians and conductors from across Europe drive to Grafenegg castle to delight an auditorium of connoisseurs and music lovers. Because of Grafenegg’s high reputation as a classical concert venue you will encounter grand symphony orchestras such as the Vienna Philharmonic Orchestra as well as top ensembles of musicians, singers and soloists performing classical music, jazz, pop or even Latin music.

On a warm August evening I went to enjoy baroque French music with my local school friend and France aficionado Barbara. As usual, the summer concert started with a prelude. In our case, a brilliant saxophone ensemble dressed up Haendel’s Arrival of the Queen of Sheba, Bach’s Italian Concert and pieces by Schostakovitch and Astor Piazzolla in soft velvet and powerful tones. 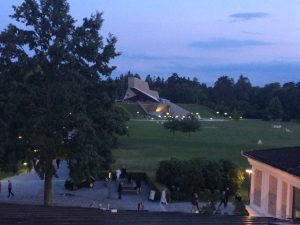 While some visitors used the time between the prelude and evening concert for dinner at the gourmet restaurant next door we stayed for a lecture about Music in Versailles.

By that time, the skies had cleared from the light rain. Even so, the evening concert took place in the auditorium instead of the open air Cloud Tower (aka Wolkenturm). After we had swallowed our disappointment together with sandwiches and champagne in the gardens we headed for dry seats inside. In fact, it took the musicians only five minutes to put our expectations back into perspective – open air would have been great but what mattered at the end of the day was the music.

I’m not sure about the orchestra or music you would get a chance to listen to but ‘our’ Cappella Gabetta, fired up by a Paganini-style violinist and a breath taking trumpeter, dwarfed many of my past classical music experiences: when exceptional musical skills meet with passion and precision you can’t help feeling absolutely awed.

As I’m finishing this post, I have already planned my return to Grafenegg castle next year. Hopefully I’ll be able to make it to one of Grafenegg’s summer night galas in mid June and mid August, with fireworks and all.

How to Get There: Either take the train from Vienna to Wagram-Grafenegg and then a local taxi for the last 2 km. Or get a private car transfer – for example for a day trip including Wachau Valley, wine tastings and Melk Abbey (email me on barbara.cacao(at)vienna-unwrapped.com if you need assistance).

explore more about nearby Wachau Valley

find out about other Day Trips from Vienna

go back to Vienna Unwrapped homepage 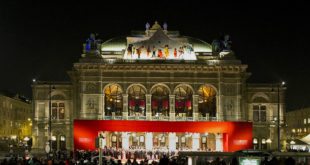 Vienna Opera Ball: What To Know

More than any other ball in Wien, the Vienna Opera Ball embodies social traditions of …