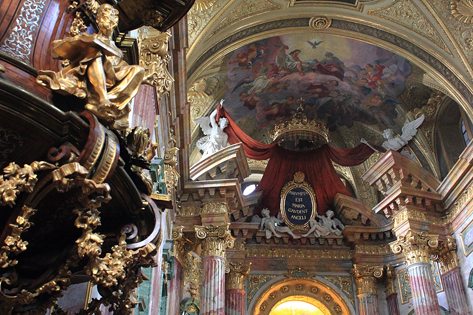 In order to unearth Wien’s culture, I’ll share some insight on the baroque period in Vienna. Unlike any other the baroque lifestyle has shaped much of my hometown, making it one of the best places in Europe to experience baroque and rococo art. Use this guide to baroque architecture, baroque gardens, baroque costumes and baroque classical music to navigate around town.

Baroque art commenced around 1600 in most of Europe. The baroque period in Vienna only started at the time of high baroque, around 1650. It was influenced in many ways by France and Germany, but also from the Habsburg Crownlands in the East of Europe. Learn about the local baroque architecture, the loveliest baroque gardens, baroque costumes in Vienna, and local baroque classical music.

Baroque Period In Vienna. Baroque architecture is one of the richest in Europe, thanks to five dozen well preserved palaces, churches, and landmarks of this period. The baroque period here coincided with a major construction boom, following the mass destruction of the Turkish Siege in 1648, which had created plenty of space. Many of the baroque palaces have been turned into museums and event venues, with the occasional restaurants and bars on the ground floor; others are used by ministries and governmental insitutions. Read more in my list of the top 10 baroque places and what makes them stand out in baroque architecture in Vienna.

Baroque Period In Vienna. Most of the larger baroque palaces boast manicured baroque gardens, such as Schonbrunn Palace, Augarten, and the gardens of Belvedere Palace. Having long been the green antechambers of power and glory, they are now cultivated leisure zones. In the same way, people have moved on from simply promenading past luscious flower beds to jogging, taking coffee and even picnicking in selected areas.

An insider tip for fans of baroque and rococo art is Schloss Hof, the former country estate of Prince Eugene of Savoy East of the city. Its baroque gardens have been restored to their former glory a couple of years ago, and are one of the best in Europe. Learn more about baroque gardens in and around Vienna.

Baroque Period In Vienna. Back in the late 17th and 18th centuries Imperial Vienna was a genuinely posh place to be. The city’s glamour expressed itself not only in buildings, but in lavish baroque costumes. Not least because of the delicacy of historic fabrics only a few Viennese museums exhibit those 300+ year old costumes as part of their permanent collections. However, if you are into fancy dresses, you will be pleased about a number of local shops where you can rent or buy contemporary baroque fashion.
Read more about baroque costumes.

Baroque Period In Vienna. While baroque architecture is widely visible in Vienna, its music is only starting to get more popular. Well before Wolfgang Mozart the Habsburg Court promoted talented musicians, and staged dazzling musical events: from equestrian ballets involving 600 horses to pompous baroque operas and intimate lute concerts. Today, Vienna’s festival for Old Music still celebrates baroque tunes. Even more popular are the many organ concerts in various churches across town. Learn more about baroque classical music from Austria, the best composers and CDs, and where in Vienna to enjoy baroque music events. 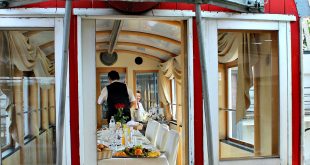